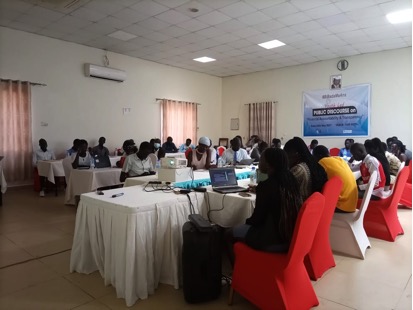 In a bid to eradicate financial woes, Okay Africa Foundation a youth led advocacy organization is calling on individuals and stakeholders to ensure proper financial accountability and transparency at their reach across South Sudan’s areas.

They echoed a call during Youth-led public discourse on financial accountability and transparency in Juba that attracted over 60 young people.

The event was executed both physically and virtually for general public to get sensitized on how country’s resources are managed, and pave ways for holding leaders accountable.

“Despite being rich in natural resources, our population remains poor due to unending conflict and lack of transparency and accountability to equitably distribute resources.

“Therefore, it is critical to question how the country’s resources are being managed and how leaders are to be held accountable,” said Joyce Diko, the Project Officer at the organization.

The event titled “how the country’s resources are being managed and leaders be held accountable” was conducted through funding from the Norwegian People’s Aid (NPA).

However, the campaign dubbed #BiBadaMaAna, literally meaning “it starts with me” is a drive that encourages all South Sudanese to start accountability and transparency with themselves before moving to other individuals and institutions.

Bibada MaAna is to empower youth in advancing the financial accountability and transparency.

Mr. Anyanga Deng, a participant during the engagement said the government institutions should be mindful about financial accountability and transparency without failure.

“It is through the accountability that the public understand the utilization of our resources but if such efforts are not considered, the people would continue to suffer,” he said.

Acayo Nancy Cirino, another activist advised the people to embrace accountability in their respective households and institutions.

“For us to go forward and meet other countries’ standards, it is good to adhere to the proper financial compliance. People need to keep the financial records very critically,” she urged.

South Sudan entirely depends on its oil resource as one of the country’s largest exports despite being rich in other natural resources.

But the oil money has not been translated into realities that strengthen the indigenous economic independency, according to the activists.

Nevertheless, the ongoing campaign is expected to boost the capacity of the young people to advocate for financial accountability and transparency across public institutions in South Sudan

In 2020, Transparency International ranked South Sudan the second most corrupt country in the World, according to a shared report.

The corruption Perceptions Index ranked 180 countries and territories for their levels of public-sector corruption.

It was drawn from 13 experts’ assessments and surveys of business executives globally.