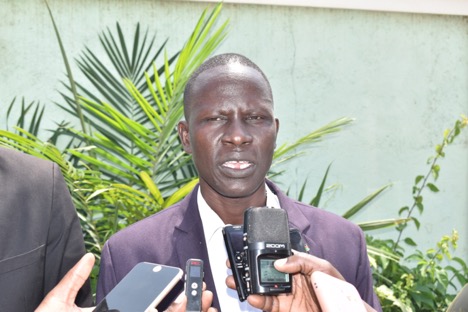 Youth demand age limit for presidential aspirants be put to 35

The youth leaders on Tuesday demanded for the presidential age- limit for aspirants be put at 35 years to allow youth participate in the upcoming national elections slated for 2023.

Peter Malir Biar, Chairperson for the South Sudan youth organizations coalition, said reducing the presidential age-limit from 45 to 35 will pave way for young people to run for political office.

“We want to see young people participate and contribute as early as the age of 18 and up to the age of 35 and above,” Biar told journalists during the opening of the consultative workshop on the National Election Act, 2012, and constitutional amendment process in Juba.

A least 20 national youth organizations are in support of the presidential and governorship age limit being set at 35 years of age.

“When we are looking at such policies, bills and laws then we are trying to look at the future of young people of this country,” Biar said.

He disclosed academic qualification and criteria for would be eligible political aspirants spelled out in the National Election Act, 2012 restrict youth participation.

Biar called for amendment of the National Election Act, 2012 to ensure that the voices and concerns of young people are captured.

“The National Election Act has a lot of loopholes that we feel young people should be able to put their voices there and be able to drive the process of this law,” he said.