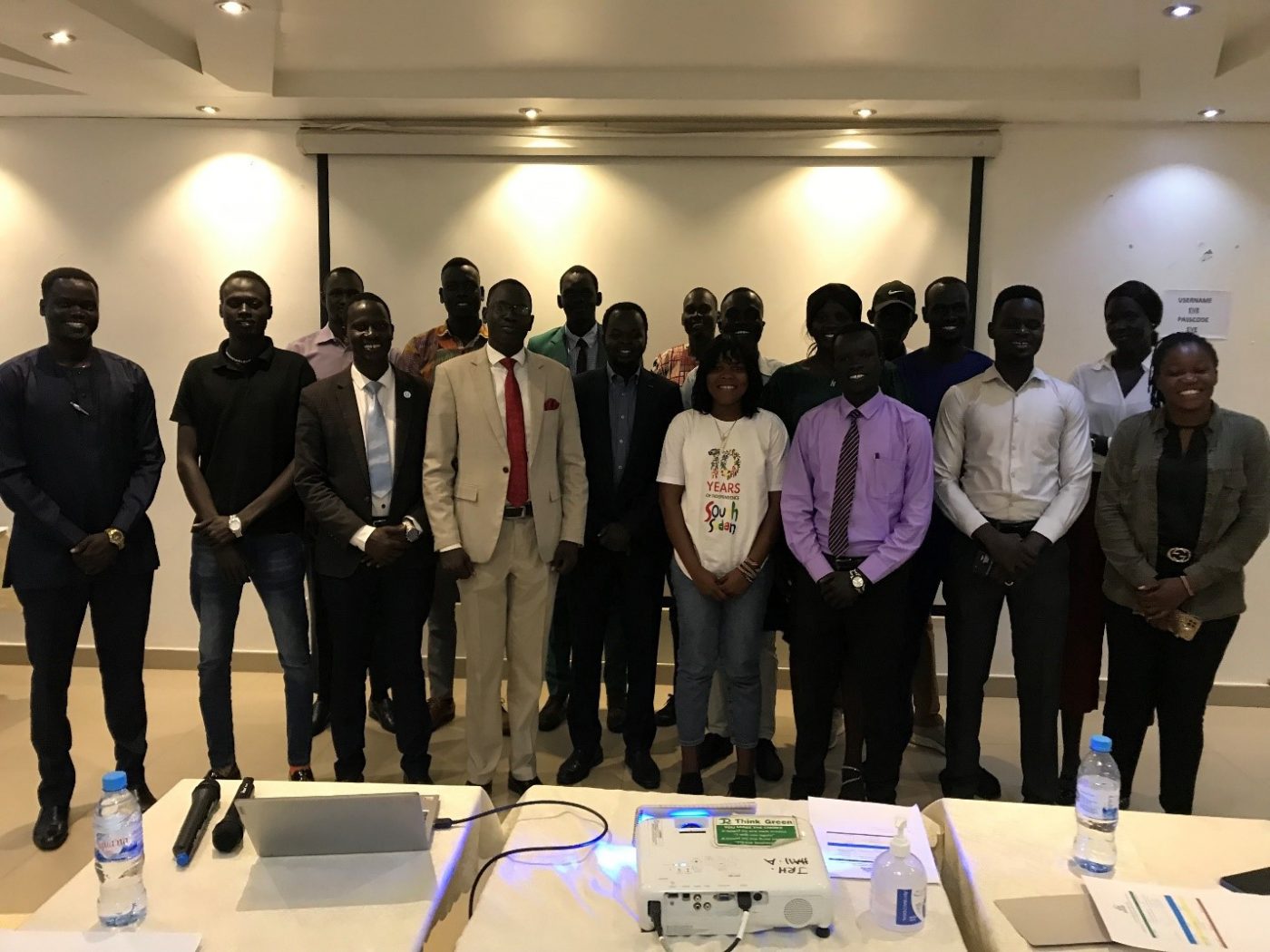 Some of the participants pose for a picture at the opening of the two-day workshop on the NRA Act 2016 (Photo: Wek Atak).
Home
Business
Simon Atem·
Business
·3 weeks ago·2 min read

In a bid to enrich the document with new inputs necessary to benefit the locals, South Sudan Youth Organizations Coalition (SSYOC) in partnership with Christian Agency for Peace and Development (CAPaD), has on November 10, conducted Youth Consultative Review on the National Revenue Authority (NRA) Act 2016.

The Act stipulates for the management and administration of the revenues across the country.

But according to the youth, there have been no tangible benefits from the national revenues which are always collected by the government informs of taxes.

Speaking at the opening session of the two-day consultative review, Peter Malir Biar, the chairperson of the South Sudan Youth Organizations Coalition, said enriching the Act was an early move to safeguard people’s entitlements that come with the revenues.

“We all pay taxes but where do they go? He asked. They are supposed to come in forms of roads networks or technological advancements to benefit all,” he clarified.

Malir stressed that “So, this is a wakeup call for all of us. It is time to start conversation about our revenues,”

According to the youth leader, there was a need for young people to come with amendments that boost accountability and benefit all the South Sudanese out of the revenues as opposed to the present situation.

About 30 participants both youth, activists and university students attended the event.

Deng Kur, a president of the South Sudan General Students’ Union affirmed that it was high time for the young people to push for the voiceless in the current conversation on revenues.

“If you get ever a chance, talk to the people especially the custodians of the revenues on how they can be spent. They are ours. So, your conversation is very important in this aspect,” he stated.

Mary John, a business woman in Juba said she always pay taxes but does not see the money in return.

“According to what I know, I am supposed to get this money in form of clean water, good roads, less charges on the commodities but still, I pay and nothing comes in return,” she figured out.

In January this year, the Troika countries, (The US, UK and Norway) called on the South Sudan’s unity government to ensure that relevant data on oil and non-oil revenues were easily available to the public.

The move, the Troika said in a joint statement was in line with the public financial management reforms aimed at enhancing transparency and accountability for the benefit of all South Sudanese.

In South Sudan, management of oil revenues and taxes has continued to be at stake, according to the reports.

The coalition said the two-day review on the revenue act was necessary to add voices of the citizens on how the management of taxes and other revenues can be strengthened.

The event conducted in Juba was funded by the Norwegian People’s Aid (NPA) South Sudan.