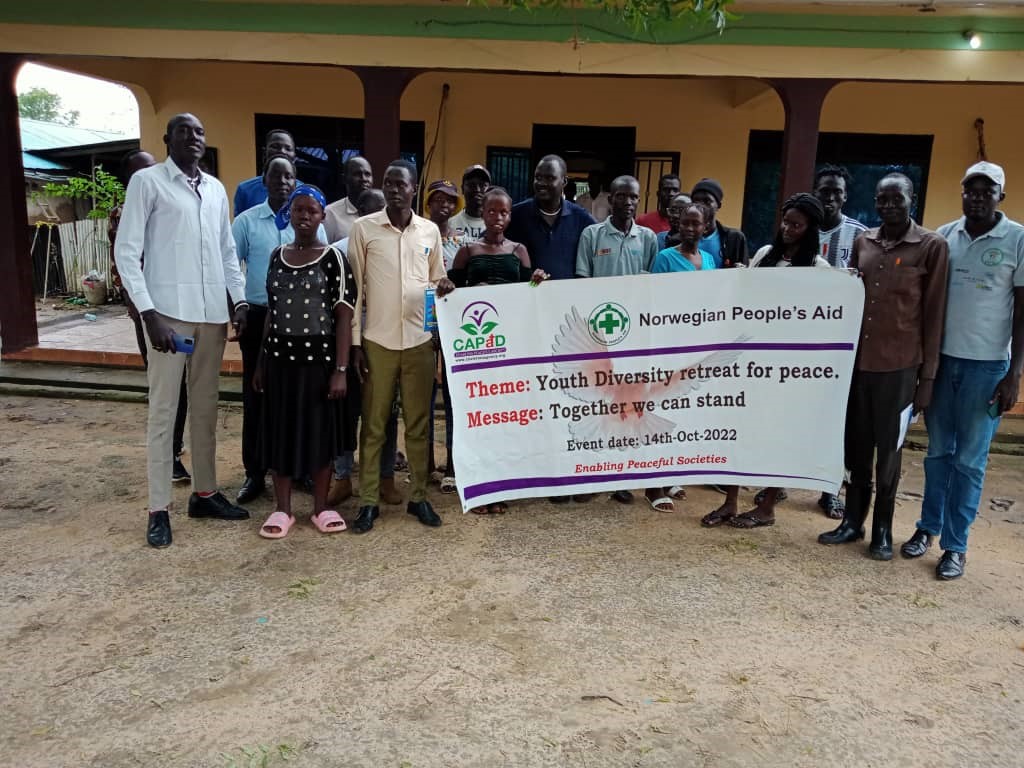 In a bid to build peaceful communities in Jonglei state, Christian Agency for Peace and Development (CAPaD), a national faith-based organization is engaging young people on the potential to achieve durable peace across the State.

The activities youth are engaged in include cultural peace festival, sport for peace, retreats on peace agendas, and community dialogues.

Lual John, the Program Manager of CAPaD, said the activities are instrumental in promoting social relations among youth drawn from Greater Jonglei.

John said youth constitute about 70 percent of South Sudan’s population, and their role in promoting peace and diversity matters in societal development.

The event themed “youth diversity retreats for peace” was attended by over 30 participants.

Tek Riem Ngor, Uror county youth leader who was also a representative of the Bor-based IDPs camp, said it was high time to embark on reconciliation and healing among the people.

Ngor said it is also imperative to boost social relations with the neighboring states and communities as well.

Panchol Ajith, the Jonglei State Relief and Rehabilitation Commission representative (RRC) called on the partners to focus on youth empowerment as he appreciated the peace retreat initiative that brought youth together from different counties.

“Youth empowerment is very critical towards societal development. Therefore, I take this opportunity to urge our partners as well as the government to focus on youth empowerment,” said Ajith.

“Creating platforms that bring youth together is very important. They include meetings, conferences, workshops, and rallies for them to promote peace,” he added.

It was the first of its for the youth of different tribes to come together from the nine counties since the 2013 conflict erupted.

Several reports indicate that past conflicts especially the 2013 crisis among other inter-communal differences have had consequences on social relations among the locals, putting unity in diversity in question.

But in an attempt to rebuild societies so that they can reconnect again, CAPaD through support from the Norwegian People’s Aid (NPA) brought the youth together to dialogue on the peaceful coexistence gaps and avenues to achieve it.