Yei Local Football Association’s President is threatening to resign if the General Assembly does not remove three members of the executive accused of misconduct and lack of cooperationby him.

Earlier this month, Justin Lokonga, wrote to General Assembly in order to eliminate three officials but the body never acted.

A document seen by Juba Echo claimed that the Association’s Vice President, Secretary General and Finance Secretary were not cooperative in tasks execution.

“I am hereby writing this letter to General Assembly for immediate action. If the General Assembly of Yei Local Football Association wants me to continue as the President of the Association, they should remove the following people.  Vice president Gama Isaac Emmanuel, John Kenyi Santino Secretary General and Rose Manialla Taban the Finance Secretary,” the statement partly reads.

Lokonga has accused the officials of collaboration conspiracy with South Sudan Football Association (SSFA) officials, claiming that he was by-passed as a Boss.

Firstly, he accused his Vice President for appointing Mama Hawa Adam as the Women representative without his knowledge.

Lokonga however blasted the Finance Secretary for embezzling funds meant for Women league, an accusation which was not independently verified.

With the reasons cited above, Lokonga vowed to resign if immediate attention was not rendered to his concern by Yei Local Football General Assembly.

“I am not going to continue working with such kind of football. If they are still in the office, I am going to resign as the President of the Association”, the letter read. 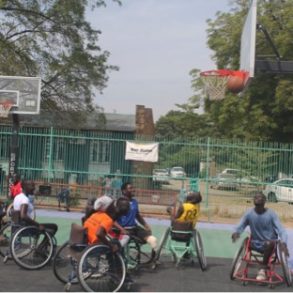