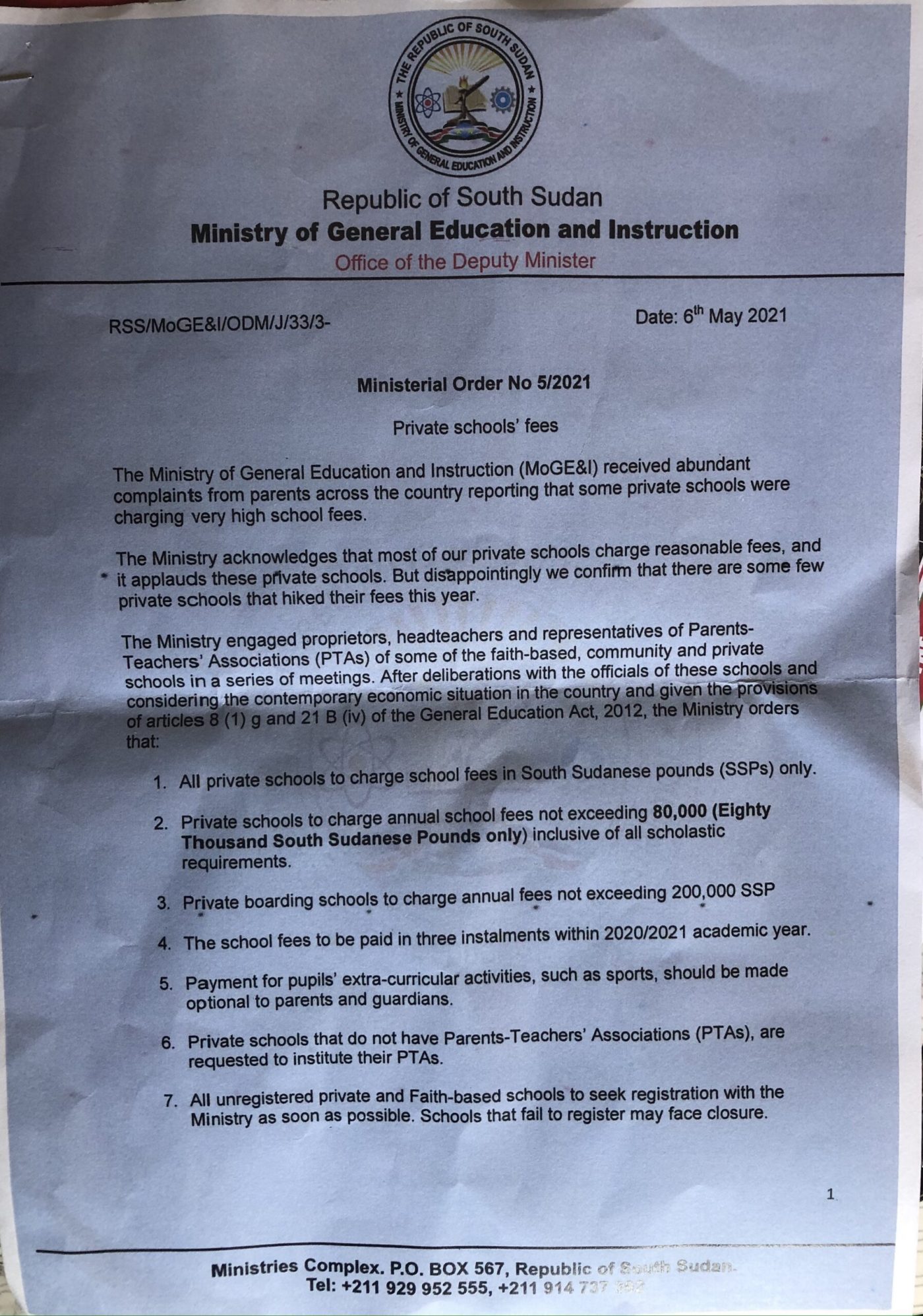 Yei Electric Co-operative (YECO) resumed power supply on Monday this week after months of black out.

Reliable sources told JUBA ECHO that electricity will be supplied for only seven hours daily at the rate of five hundred (500) South Sudanese Pounds per Kilowatt hour (kWh). Members of the public have been asked to register with the cooperative within seven days to access services.

Residents have already raised complaint over the high charges which they say they cannot afford.

The resumption follows the formation of a committee by the Yei County Commissioner last month to revive YECO that is at the brink of total closure since the outbreak of the conflict in 2016 especially due to fuel shortages. The committee’s mandate which expired last week has been extended to June this year.

Financed by the Norwegian government, National Rural Electric Cooperative Association (NRECA) International also defined an investment plan and designed a preliminary hydropower distribution system for the power utility in Juba as well as for potential mini hydropower plants near Maridi and Yei.

However, in July 2016, due to civil unrest and armed conflict in South Sudan, NRECA International evacuated its last employee from Yei until further notice.