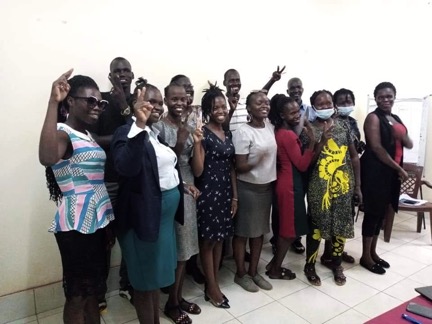 While concluding a pre-consultation seminar for permanent constitutional making process on Tuesday, South Sudan’s Young Women’s Forum  demanded for participation in the process.

The women group said their involvement was vital in advancing productive engagements that better the implementation of the 2018 peace accord.

Young Women Forum is an initiative for young women where they discuss issues affecting them and their surroundings.

Christine Kide, the National Coordinator at South Sudan Youth Organizations Coalition said the group was consulted to give suggestions to be considered in the forth coming constitutional making process.

“The young women were able to agree that people have to be continuously consulted in the process of constitutional making from the beginning to the end when the final document is out,” she explained.

Last year, they advocated for establishment of youth and women enterprise development funds though the government has not acted up to now.

Kiden Grace, Gender Coordinator at Christian Agency for Peace and Development said they were able to embark on the consultations since it was high time to incorporate the agreement into a constitution.

Nakang Lilian Sebit hopes the suggestions generated during the meeting were considered in the process later.

“We gathered information within Young Women Forum and we have given opinions on various issues that we think should appear in the constitutional making process” she reiterated.

According to the activist, they are going to do their best to present the opinions at the national constitutional making workshops scheduled for May 25 to 27.

The forth coming seminar will agree on main issues that are left pending in the peace agreement.

But during the pre-consultation meeting, the women forum discussed the public participation of citizens in the process of constitution.

They also discussed the time frame that they think the process has to take and the institutions to draft the constitution.

“The young women were able to buy an idea that there should be a small group to be established inform of constitutional draft committee to draft the text, of the constitution and then to be submitted to National Constitutional Conference for deliberations,” she concluded.

The group also echoed a call for constitutional making process to be finalized before the election comes June 2023.

The event was conducted by South Sudan Youth Organizations Coalition through Christian Agency for Peace and Development with a support of the Norwegian People’s Aid (NPA).