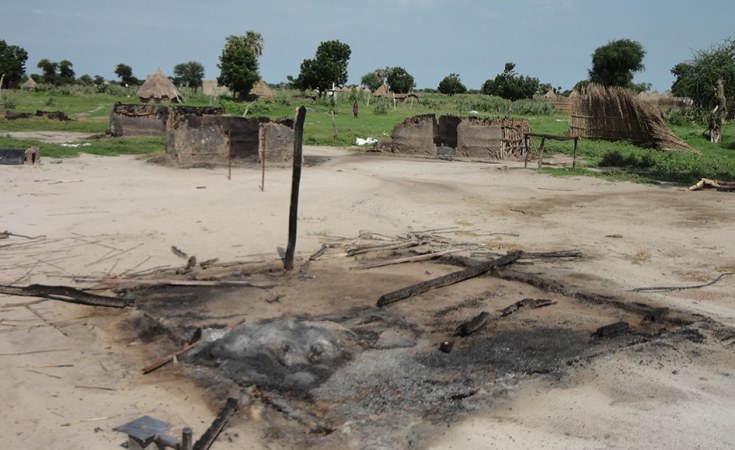 Women and Children have been brutally raped before being murdered in atrocities ongoing in South Sudan’s Tombura County, the United Nations Commission on Human Rights in South Sudan said.

The conflict in Tombura has so far displaced 100, 000 people and killed 200 others, according to the UN.

Many people have also fled to the Central African Republic.

Around 2500 IDPs are reportedly under the protection of the United Nations Mission in South Sudan (UNMISS).

The UN Commission on Human Rights bodies of civilians killed were left to decompose on the outskirts of Tambura, without proper burial.

“Some of the victims – mostly women and children – were raped and sexually violated before being murdered,” the chairperson of the Commission, Yasmin  Sooka said in a statement on Thursday.

According to Sooka, the government in Juba takes blame for the violence in an area that has in recent years not witnessed such ethnic violence.

The clashes are between forces loyal to General James Nando and Angelo Davido at Senenguse area, about 4 kilometers east of Tambura town

Edmund Yakani, the Executive Director of Community for Empowerment Organization (CEPO) said the “transitional government is yet to announce intervention strategies to end the Tombura’s deadly ethnic clashes.”.

“The situation is clam but it is easy to break again for violence,” Yakani told the Juba ECHO.

Since independence, South Sudan is experiencing alarming levels of violence and the country’s leaders and political elites have failed to address the localized violence destabilizing communities.

According to the UN Commission, political elites are reported to be active participants and enablers of the violence.

“Any government which does not prioritize the protection of the rights of citizens cannot expect to enjoy internal or external legitimacy,” argued Sooka.

“South Sudan’s leaders need to renew their commitments to pursue the prosperity and safety of their citizens; respect for rights and accountability for violations, and reconciliation are necessary elements which are long overdue.”