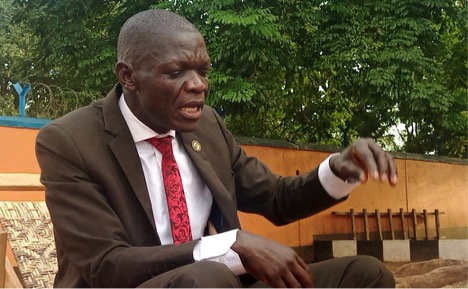 Western Equatoria Governor accused of hiding from his cabinet 

The Governor of Western Equatoria State is in trouble after some of his ministers accused him of failing to call weekly cabinet meetings.

In a statement issued on Wednseady by Governor Alfred Futuyo Karaba’s cabinet accused by him of frustrating efforts to discuss pertinent issues in the state.

“The cabinet has endured a lot in regards to the management of state affairs as enshrined in the R-ARCSS, the Hon. Governor has on several occasion rejected, postponed and deliberately cancelled the regular Council of Ministers meeting which is the highest decision-making body,” it said.

It said the last Council of Ministers meeting was conducted on April 22, 2022.

The group urged the Governor to resume the Council of Ministers meetings.

“We call upon the national government to intervene to rescue the state government from falling apart so that we resusustate the R-ARCSS in Western Equatoria State,” it said.

Our several attempts to reach the Governor’s office for comment ended in futility by the time of writing this story.