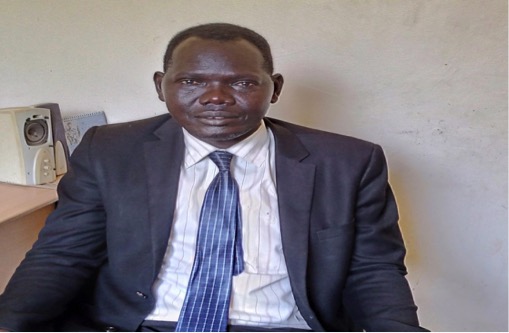 We Did Not Raid Kapoeta North_Tennet Community.

Tennet Community of South Sudan Eastern Equatoria State have
totally distanced itself from the recent cattle raid in Kapoeta North
County, early this month.
This follows a recent raid believed to be staged against the
Kapoeta North by suspected criminals from Greater Pibor
Administrative area who were allegedly joined by some elements
from the communities of Buya and Tennet.
The raid led to the loss of over 70 lives from both sides.

In a press statement seen by Juba Echo on Wednesday, a
member of the eastern Equatoria state Transitional Legislative

Assembly representing the faulted community , Hon. Anjelo
James Ayonyang expressed heartfelt condolences on behalf of
the community to the bereaved families and condemned the act
terming it as ‘vicious’.
“Tennet and Toposa are one people and have never one day
planned to attack each other. We were deeply shocked when the
Commissioner of Kapoeta North County reported that Tenet
participated in the recent cattle raiding in his county.
“We do not participate in such an unlawful act”.He said.
The parliamentarian maintains that, the two communities of
Tennet and Toposa have historically lived peacefully as good
neighbors even during Anyanya one civil war.
“During Anyanya one civil war, Tennet were displaced by
Anyanya and they went to Kapoeta where they were warmly
welcomed because of love and blood relationship,Toposa
accommodated and allocated us the land for settlement. If at all
others were found participating in the cattle rustling with evidence,
those might be criminals and we condemn it in the strongest
terms possible. ”, he continued.
In the press statement, youths of South Sudan in general have
been cautioned to refrain from disastrous and destructive conflicts
and asked to embrace peace and denounce violence.
In the same vein, a youth leader of the embattled Community Mr.
Luka Inyasio also denied the accusation against his community
and called for proper differentiation between a ‘community’ and
‘individual criminals’.
Both the MP and the youth leader of the community say they will
continue to maintain their relationship and peaceful co-existence
as usual with the people of Kapoeta North.

Tennet community is one of the smallest tribes occupying areas
of Lopit Mountains.