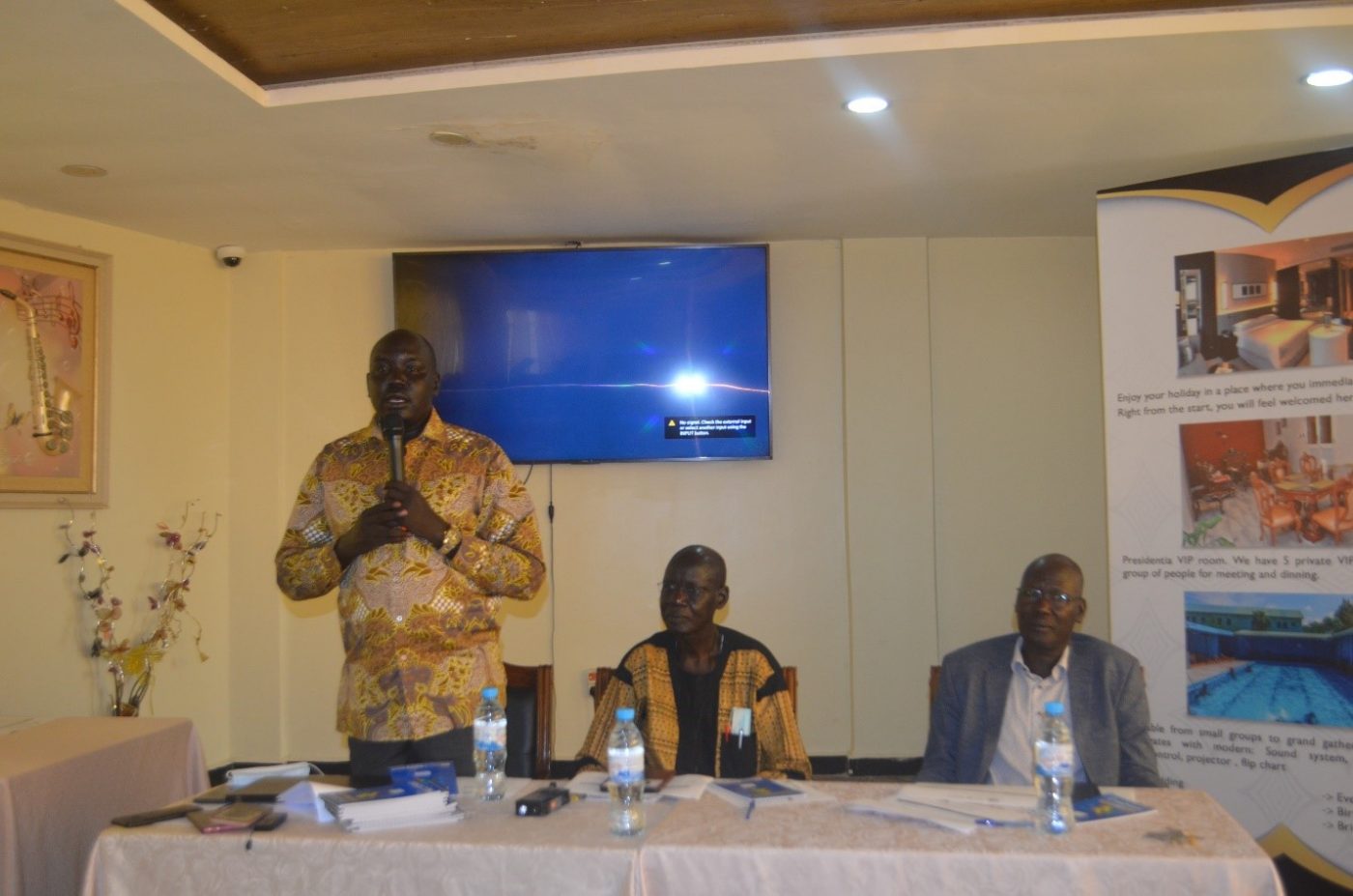 The human Rights Commissioner for South Sudan has besought the government to turn to transitional justice mechanism to dissolve the rampant impunity in the Country.

Mr.Beny Gideon made this appeal while he was addressing the stakeholders from CSO and media fraternity during a one day discussion on transitional justice Mechanism hosted under the theme; ensuring the rights of conflict victims to legal and reparation redress.”

The commissioner believes that, the capacity building will enhance the implementation of Chapter Five and Six in permanent constitution making process, which is vibrant in restoration of rule of law and end impunity in the Country.

“If these two Chapters are executed, then we can build the South Sudan we want. Transitional Justice Mechanism will definitely break the cycle of impunity in South Sudan,” the Commissioner added.

Mr.Gideon said that, the purpose of chapter five of the revitalized peace agreement is promotion of Truth, justice and accountability within the territory of South Sudan.

“Transitional Justice provide ground in which all conflict victims can be compensated through reparation and redress via the Commission of Truth Healing and Reconciliation (CTRH) as well as Compensation and Reparation Truth Authority”, he stressed.

The commissioner however, reprimanded the South Sudan judicial system which he says is weak and beseech it to up its games of timely delivery of justice.

“Poor judicial service delivery has hampered implementation of legal accountability mechanism in Chapter Five of R-ARCSS and now drafting of provisions to enforce CTRH is almost done,” he concluded.

The Technical Committee from CTRH are expected to pay visit next month to refugees in Uganda and get their views on Transitional Justice Mechanism in South Sudan.

The Technical Committee of CTRH are getting logistical support from partners and UN Agencies.

The one day discussion was organized by Dialogue and Research Institute (DRI) in Collaboration with Transitional Justice Working Group (TJWG) with funding from Swiss government.