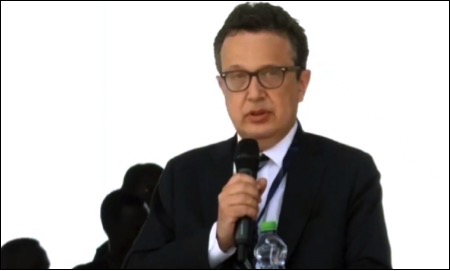 Ambassador Alder  made this call during the commemoration of the International Day of Peace in Juba on Wednesday.

“Today I reiterate our call for those that have instigated or committed acts of violence, including sexual and gender-based violence, against civilians to be held accountable for their actions without any further delay,” Adle demanded.

The UN mission in South Sudan contends  that although armed conflict is declining in the country, conflict-related sexual violence is steadily gaining momentum in the country.

In a report, the mission disclosed that  there was a whooping  218% increase in rape cases in the world’s youngest nation between April and June and implored the government to save women and the girl children from this unfortunate trend.

“On this International Day of Peace, we express the rights of all people in South Sudan to live in peace and security, with justice and opportunity for all,”he itemized.

The head of US mission also advised South Sudan to form  and retain an environment in which all South Sudanese people can achieve and benefit from the peace and prosperity that they deserve.

“This potential should be first and foremost in our minds when we consider the harm caused by sub-national violence across the country, in which ethnic identities are often politicized,” he said.