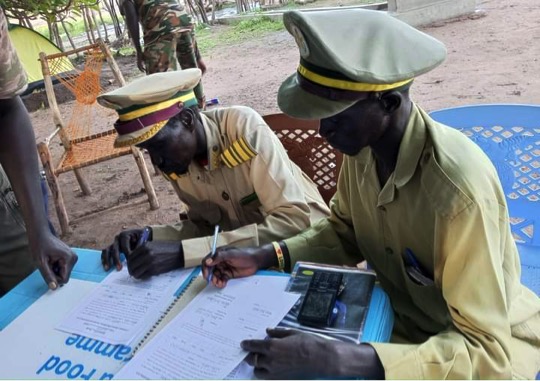 The chiefs say the MOU includes a clause that whoever will be found carrying firearm(s) without authorization will be disowned by respective authorities (Rualbet and Madhiath Payams).

The MOU further dictates that; anyone apprehended for the offense will be sentenced to imprisonment for a period less than 10 years or forcefully recruited into the army.

Warrap State government recently announced that 18 soldiers and seven armed youth were killed in clashes between the two groups in Rualbet Payam of Tonj North County.

Authorities says violence has been on an increase in Warrap State due to cattle raiding, revenge attacks as a result proliferation of small arms and light weapons in the hands of unauthorized people.

There have been several clashes between government troops and armed youth in the area whenever the army tried to disarm the youth.