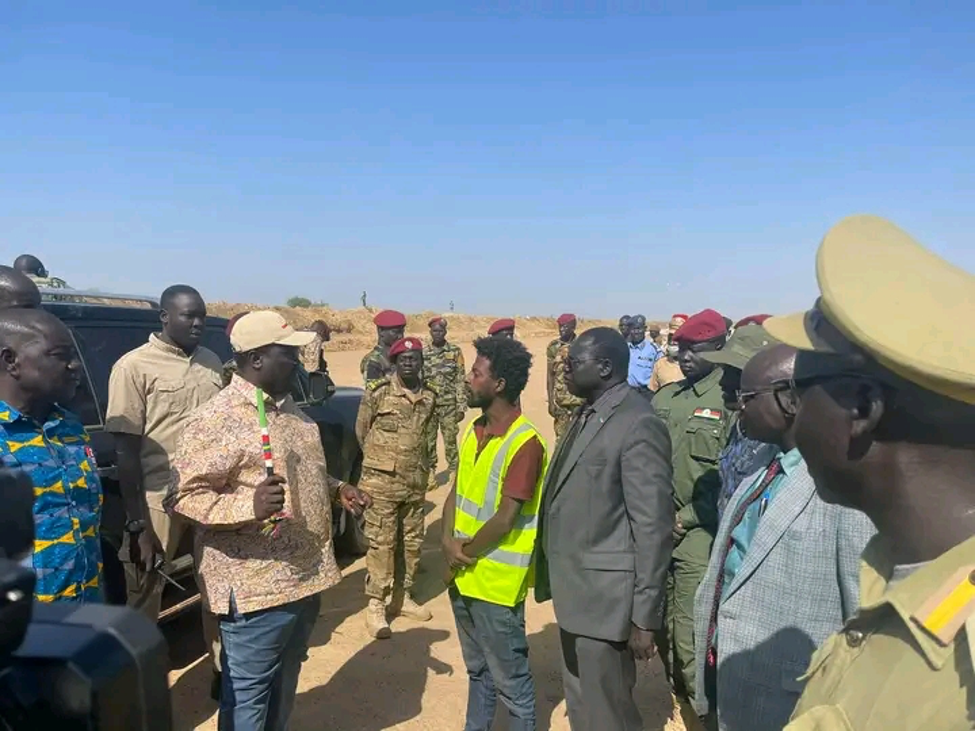 “I have come to see for myself the cleared site of the Akon international airport which is being said to have flooded,” said Abdelbagi on Thursday in Warrap State.

He said the airport upon completion will benefit the local population and states neighboring Warrap State.

Abdelbagi disclosed that the project is part of the government’s policy of taking towns to the people.

Work on the proposed airport being undertaken by Juba-based Africa Resource Corporation Company (ARC) commenced in 2021.

The Vice President visited the site accompanied by Manhiem Bol Malek the Governor of Warrap State.

Abdelbagi also met with local chiefs in Turalei and Twic Counties where they discussed ways to bring peace with communities in neighboring areas like Abyei Administrative Area.

Twic community of Warrap State is warring with Abyei Community over land at the border separating them.

One local woman, who didn’t want to be named, said her house was demolished to clear way for the airport construction.

She said she has never been compensated by authorities.

“They evicted me without compensation, construction of the airport is good project, but why are they not giving me money to help me construct my house,” she said.