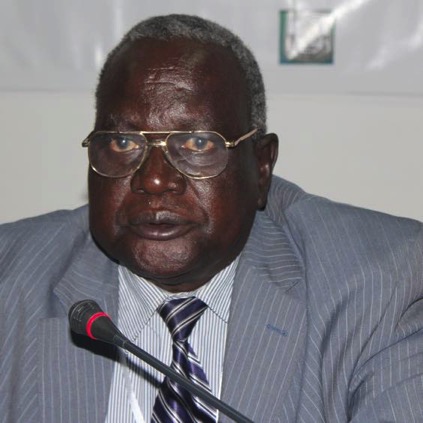 Abango died last year and most of those who spoke during memorial prayers for him that was held on Saturday in Juba, said the late politician was a unifying figure in South Sudan.

He called upon the children of the late politician to unite among themselves and follow the legacy of their father.

Nyipuoch also urged the entire youth of Western Barh El Ghazal to unite among themselves in order to bring about peace and unity in South Sudan.

Prof. Ajang Bior, the Acting Chairman of USAP, eulogized the late Abango as a man of peace and urged current politicians to push for unity and harmony among South Sudanese.

“We need to be united as people of South Sudan that is the only way that will take us ahead as a country,” Bior said.

“We have to denounce armed conflicts if we want development in our nation that will accommodate all of us,” he added.

Veronica Joseph Ukel, daughter of the late politician, said that her father loved South Sudan by sacrificing his life for the liberation struggle to have a free nation.

“Our father is a man of peace in South Sudan, he wanted his country to be in peace,” Joseph said, adding that the late never aspired for privilege.

Gen. Elia Waya, said that the late veteran politician did a lot of great work among the Luo community.

Paulino Lukudu Obebe, member of parliament in the council of states and chairperson of United South Sudan Party (USSP) called for unity among South Sudanese as they celebrate Abango’s life.

He described the late politician as a brave person who did not hesitate to fight for the rights of South Sudanese.

“The late Abango did a lot of good to South Sudanese and we need to thank his family, the late used to call for unity among people and let us continue with the same spirit of unity as the late advocated for,” Lukudu said.

Joseph Garang, the deputy Governor of Western Barh El Ghazal State called upon the youth to unite among themselves as they celebrate the life of their elder and veteran politician.