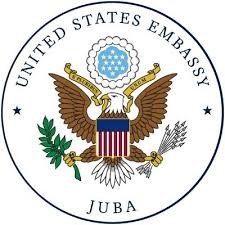 The United States Embassy in South Sudan has strongly denounced the killing of Dr. Daniel Deng Gatluak, a World Health Organization (WHO) health worker, who was working in Bentiu, Unity State.

“Far too many aid workers have been killed in South Sudan.  More must be done to protect the workers who deliver valuable and life-saving services to help the South Sudanese people, including the most vulnerable people of this country,” reads the statement.

The embassy placed demand on the back of South Sudan government to create a safer environment for aid and humanitarian workers while giving special attention to serve justice to victim by arresting and punishing profoundly the perpetrators so that other potential criminals can be frightened.

A reliable source indicates that close to 150 aid workers have been killed in South Sudan since 2013.

Kawai Chany Bur, the Commissioner of Guit County in Unity State on Monday revealed that Daniel Deng Gatluak, a south Sudanese national working with WHO was killed Monday morning in a suspected act of revenge killing while he was delivering medical consignments to Bieh health facility.

The commissioner indicated that Deng’s killing is emblematic of a retaliatory attack for the killing of an army General who was in the company of his body guards in Guit town last year.

“The revenge attackers are living in Guit County, and they are known by everybody. We did not arrest them because they ran away when they committed the heinous crime,” he continued.

Mr. Chany disclosed that police authority are busy investigating the matter and expressed optimism that sooner or later the perpetuators will be apprehended and handed over to the temple of justice.