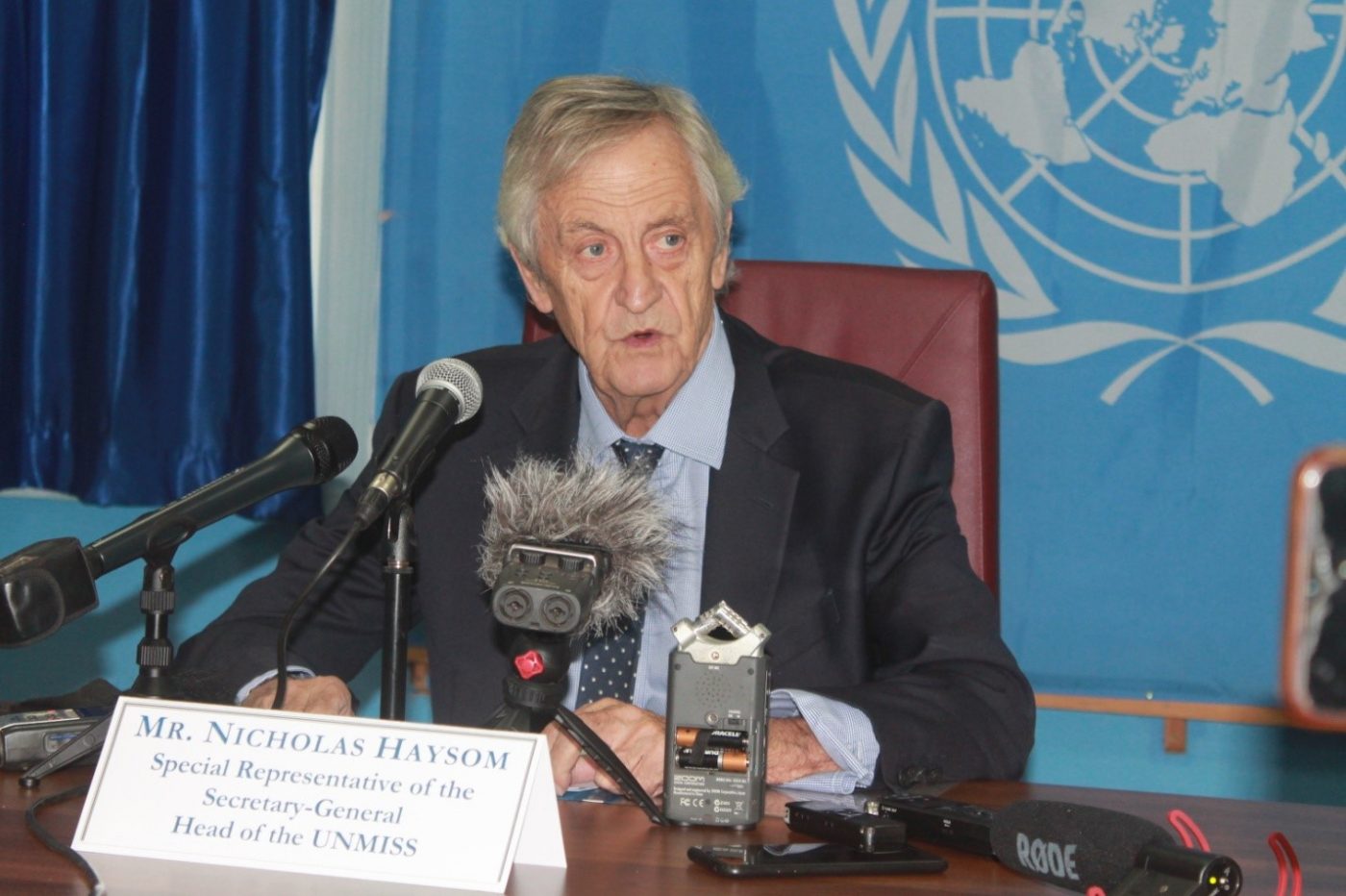 UNMISS welcomes deployment of soldiers to quell violence in Warrap

The UN Mission in South Sudan (UNMISS) has hailed the transitional unity government for it’s decision to deploy troops to Aneet market disputed between communities in Warrap state and Abyei Administrative Area.

Nicholas Haysom, the head of UNMISS welcomed the government decision to investigate the recent communal violence which left more than 25 people killed.

“The mission welcomes the decision of the government of South Sudan to launch an investigation into the clashes and to deploy troops to the area to restore peace and order,” Haysom said in a statement issued on Friday.

The call came in the aftermath of deadly clashes over ownership of Aneet market between Twic and Dinka Ngok.

Both sides disagree on the borderline separating the two communities.

The violence also left scores injured, homes and properties torched and caused displacement of thousands of civilians on both sides.

Haysom said the mission remains gravely concerned about the hostilities which started in February over the disputed border.

“We urge leaders and authorities from both communities in Abyei and in Warrap state to work expeditiously to put an end to these violent clashes, and also prevent any retaliatory attacks,” said Haysom.

“Any disputes over the border must be resolved by the appropriate national institutions, and order must be restored quickly to facilitate the free movement of people, goods, and humanitarian assistance,” he added.

In February, fighting erupted at Aneet market in Abyei Administrative Area over land disputed by the two communities.

More than 50,000 people mostly women and children were displaced as a result of the violence.

President Salva Kiir in the aftermath of the violence formed an ad-hoc committee to investigate the killings in Aneet market.

On May 5th, leaders from the two communities reached an agreement to cease hostilities but later on fighting erupted again with both sides trading blame.