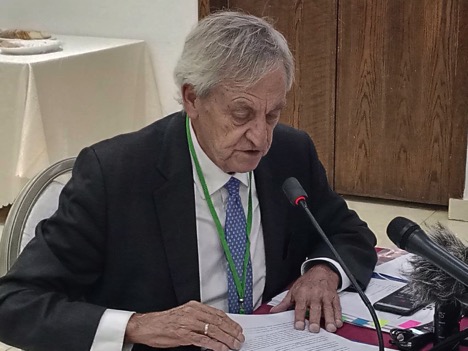 The United Nations Mission in South Sudan (UNMISS) on Tuesday said it is deeply rattled by the ongoing intermittent violence between rival SPLM-IO factions in Upper Nile State that has left thousands of civilians displaced.

It said in a statement issued in Juba, that the fighting in and around Tonga town that began on 14 August has displaced over 15,000 people, while flooding is hindering their access to humanitarian aid and safer areas.

“So far, over 200 of the displaced persons have sought refuge at the UN Protection of Civilians site in Malakal, the capital of Upper Nile State. Many children are reported to be missing or separated from their families,” it said.

UNMISS revealed that it is engaging with the affected communities, and also with the government and local authorities, to quell tensions and support efforts towards a peaceful resolution.

“The Mission is supporting the movement of humanitarian organizations and deploying additional peacekeepers to the UN Protection site to increase security and mitigate the risk of spillover fighting,” it said.

UNMISS called on all parties to respect international law and safeguard freedom of movement for humanitarian organizations in the Upper Nile area.

“UNMISS urges feuding parties to immediately stop the violence and adhere to the Revitalized Peace Agreement. UNMISS also calls on national and local authorities to take immediate measures to protect civilians and prevent further escalation of the clashes,” it said.

The cause of the conflict is not yet known but in August 2021 Olony alongside Machar’s former chief –of- staff Gen.Simon Gatwech Dual claimed to have deposed the latter from chairmanship of the former rebel movement.

The duo that led the splinter faction of SPLM/A-IO had accused Machar of nepotism and weakening the hand of the SPLM/A-IO in the transitional unity government formed since February 2020.