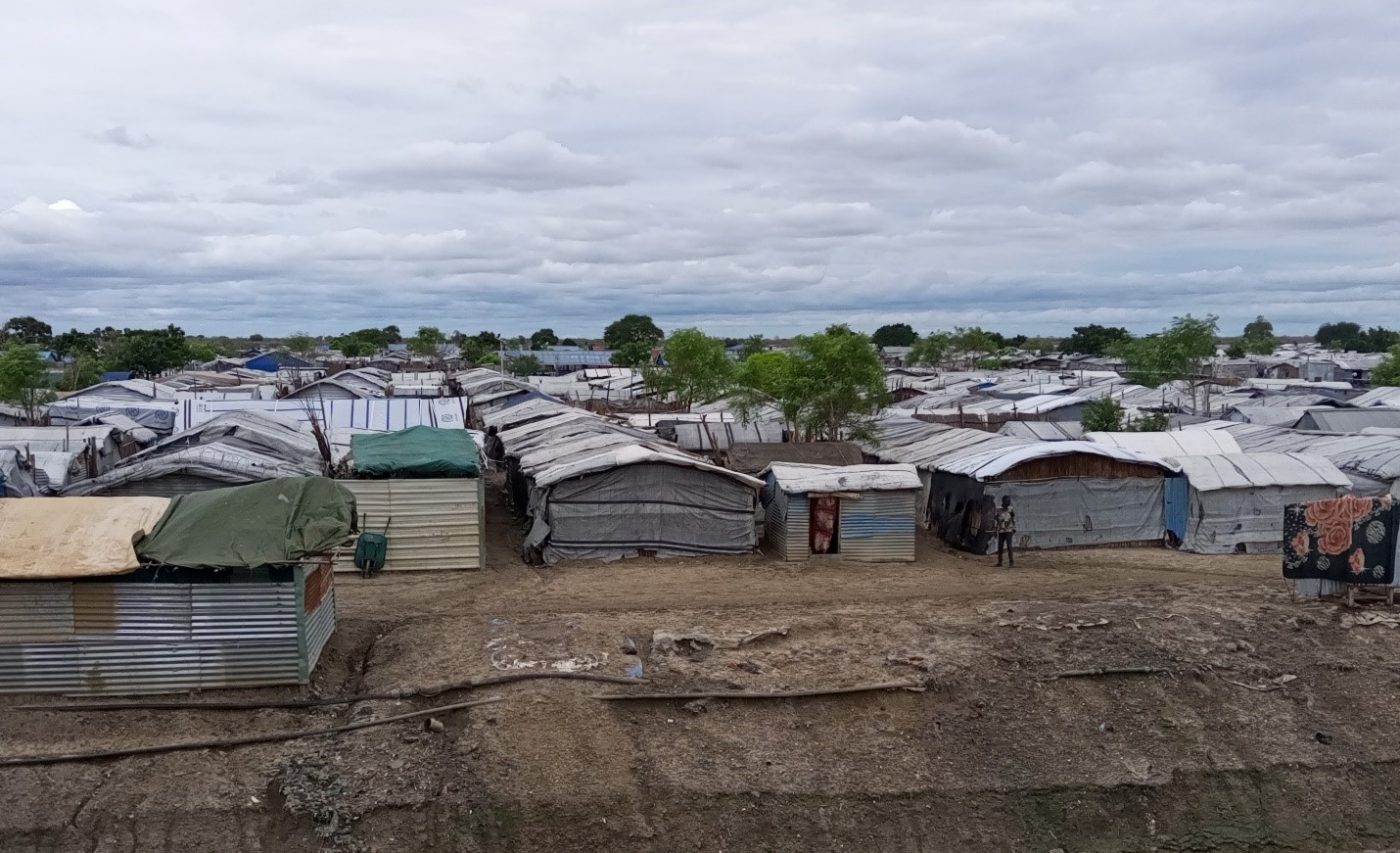 Tut added that the incident is happening for the second time since he took the police leadership of sector-5 Bentiu IDPs camp western gate.

“I want to confirm to you the looting of 24 shelters by unidentified gunmen last night but it will not repeat itself again in Bentiu IDPs camp” Col Tut told Juba Echo in an interview which was done from Bentiu IDPs camp western gate.

The police chief made it known that they have deployed more police personnel and members of criminal investigation department (CID) to hunt the unknown gunmen who staged the plundering of the innocent civilians living in the IDPs camp.

“We have embarked on serious patrol to look for them and we are sure they will not escape, it’s just a matter of time for you to hear that we have dawned on these criminals who must be subject of law in quest for justice,” Tut promised.

The unfortunate episode which reportedly saw millions of South Sudanese pounds and other items turned to be loots of this criminals have sent wave of fear among the camp residents who are afraid that there may be further night attacks.

The mounting fear opened fertile ground for the Western gate police commander to urge residents to keep calm and report any criminal activities to the nearest police stations in Bentiu IDPs camp for quick rescue.

However, the community high committee, sector leaders and community watch group have accused the joint police of negligence which created loopholes which the looters exploited to their advantage.

The camp community Watch group information secretary general Martine Gatkuoth Bol said it was difficult to combat the unknown gunmen because none of them have a gun in the settlement.

“We saw 25 of them and we unsuccessfully called the UN Police and then we called for joint police who responded when the gunmen had already left the Block with everything they looted,” said secretary Gatkuoth.

He added that the unknown gunmen assaulted 5 IDPs camp residents who resisted their looting move in Block 6 shelter 21. A-23 years old Pregnant mother whose shelter was looted Mrs. Nyadoni Gatnin Reang said the crooks  took her 50,000 South Sudanese pounds and her requirements for child birth including bed sheets and others