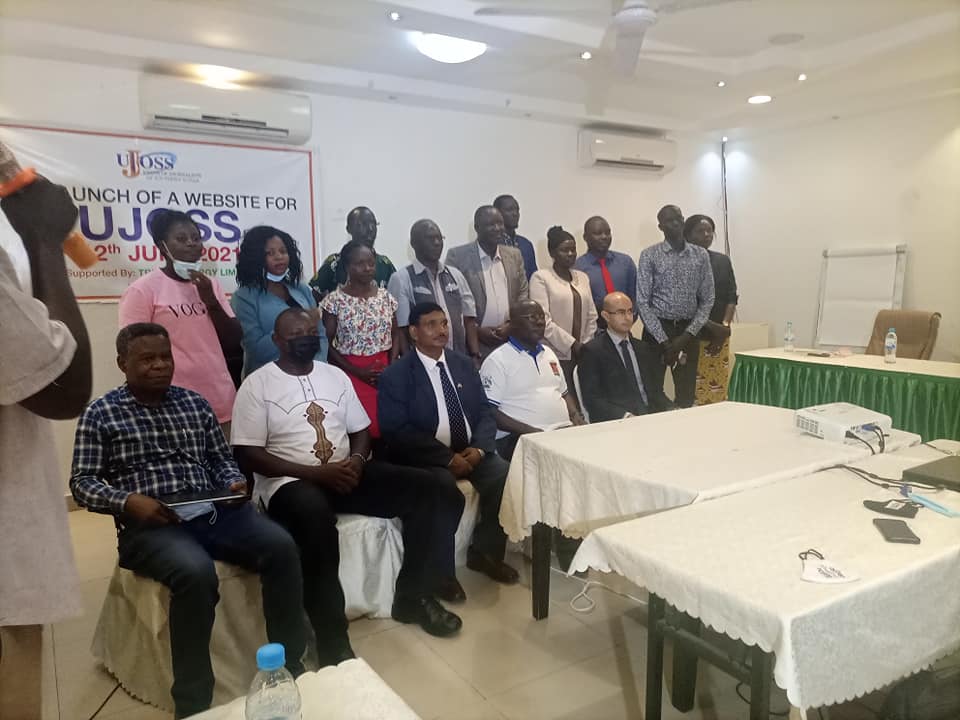 Union of Journalists of South Sudan launches a website

By Manyuon Mayen Manyuon
The Union of Journalists of South Sudan has launched its website since on Saturday in Juba.
Mr. Oyet Patrick Charles, the incoming Union’s President and his new team have set up the website within two weeks of being elected into office.
Speaking during the launch, Mr. Oyet promised to work for the welfare of Journalists across the country.
“I am calling for support across different spectrums and team work for the welfare of all journalists in South Sudan,” he told told the gathering.
The incoming President encouraged the partners namely diplomatic missions, government institutions, civil society among others to work closely with the Union.

Mr. Oyet also pledged to digitalise the media for easy access to information in the country.
Moyiga Nduru, the Chairperson of Access to Information Commission in South Sudan, who was the Guest of Honor during the occasion cautioned the new leadership to be professional in executing their duties.
He also added that there was a need for Journalists to be careful and double check their facts before reporting.
“When you’re reporting, tell facts. A journalist should also verify and fact-check with the relevant sources,” Moyiga urged the Journalists.
In attendance were Indian and Egyptian deputy ambassadors accredited to South Sudan, the Chief Executive Officer for the Trinity Energy Limited Mr. Robert Eric Mdeza, National Edotors’ Forum and civil society Representative.
The website was officially launched by Mr. Moyiga Nduru, the Chairperson of Acess to Information Commission in South Sudan.
The launch was supported by Trinity Energy Limited. The website is www.u-joss.org