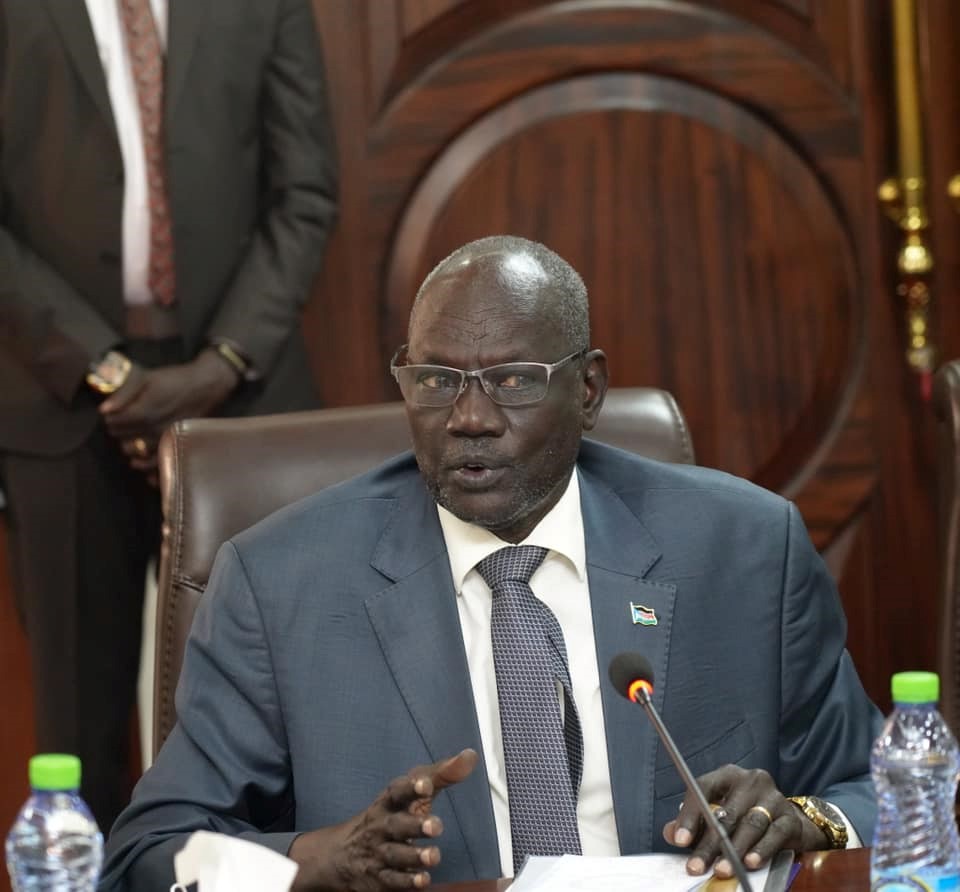 South Sudan’s transitional unity government on Friday said it will go ahead and graduate the 83,000 unified forces inspite of the recent United Nations Security Council resolution extending arms embargo until 2023.

Michael Makuei Lueth, minister of information and broadcasting, said Resolution 2633 adopted at the Security Council on Thursday extending arms embargo and individual sanctions until May 31, 2023 will not affect the ongoing peace process.

“This is what they want, they do not want the implementation of peace, they want things to move as they are now so that they continue to benefit,” he told The Juba Echo in Juba, the capital of South Sudan.

“It is not going to affect the peace process, and it will not affect the security arrangements, we will continue with implementation of the revitalized peace agreement,” added Makuei.

In July 2018, the UNSC imposed arms embargo and individual sanction on South Sudan following years of conflict since December 2013.

Makuei had previously said the existing arms embargo were delaying the graduation of the unified forces on time to take charge of security during the current transitional period which ends in February next year.

“We are going to graduate the forces with sticks, the preparations are underway now,” he disclosed.

The South Sudan parties are yet also to complete critical tasks such enacting the permanent constitution, establishing transitional justice, accountability, healing and reconciliation mechanisms as stipulated under the 2018 revitalized peace deal.

The ministry of foreign affairs and international cooperation, issued a statement applauding China, Gabon, India, Kenya, and Russia that abstained from the vote.

It said their stance clearly demonstrates that sanctions are counter-productive.

“These countries understand that the United Nation’s vision of world peace requires that sovereign nations respect one another as equals. They stand in solidarity with the people of South Sudan, for whom these sanctions are a cruel policy with no clear intention,” it said.

Resolution 2633, which was adopted with 10 votes in favor and five abstentions, also extends the mandate of the Panel of Experts, which assists the work of the South Sudan Sanctions Committee, till July 1, 2023.

The resolution decides that the arms embargo shall not apply to the supply, sale or transfer of non-lethal military equipment, solely in support of the implementation of the terms of the peace agreement, as notified in advance to the Sanctions Committee.

The resolution reiterates the Security Council’s readiness to review arms embargo measures, through modification, suspension, or progressive lifting of these measures, in the light of progress achieved on the key benchmarks as set out in last year’s Resolution 2577, and encourages the South Sudan authorities to achieve further progress in this regard.