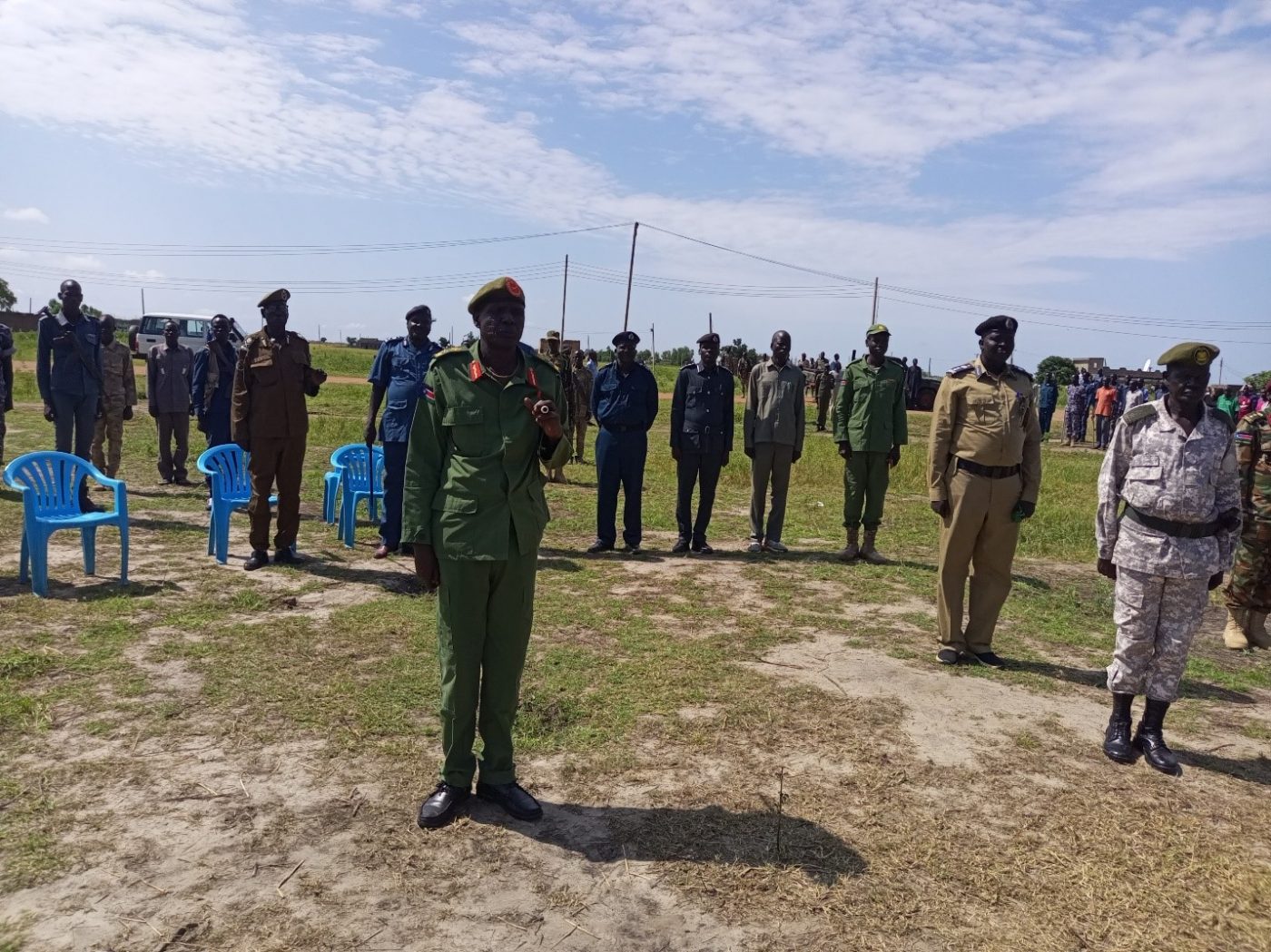 Unified Forces In Kaljaak Training Center Inspected Ahead Of Graduation  

The head of Juba advance team to Kaljaak Training Center for Unified forces has said that they are done with ranks verification for the trainees whose graduation is slated for 30 September 2022.

The advance team leader, Maj General Makuar Gatluak disclosed that the purpose of the visitation was to verify the ranks of trainees and address all challenges of water, food shortage, beddings and other personal effects ahead of graduation schedule.

The General added that some of the trainees are always absent from the training camp because they are always sick of Malaria, diarrhea caused by lack of clean water, food and sleeping without mosquito nets and promised that the gaps identified in Kaljaak training center will be addressed in two days .

Gen. Makur who said that they were sent on their mission by the Inspector General of Police to assess the situation in Kaljaak training center unveiled that the graduation will happen as planned and shall be followed by commencement of another training of unified forces in November .

Meanwhile the commander in charge of Kaljaak training center Col. Deng Chan Makuach told trainees to keep time on the graduation day adding that some soldiers deserted due to challenges at the camp.

“We were 5,000 at the beginning of the training but due to food shortages, medicine and prolonged graduation, some soldiers deserted to unknown locations, and some died in the training center due to lack of medications, now only 4500 are expected to be graduated on September 30, 2022, of this Month.” Chan said.

He added that some soldiers abandoned the training center to seek medication in Khartoum due to sickness and some went to Juba for proper medications.

“Apart from sickness, food shortage which led to starvation at the camp also forced some of our men out of the training camp,” Colonel Deng continued.

During the Saturday parade SPLM-IOM division four A Maj General Gatthuoy Thak asked the unified forces to transform the country into the most peaceful country in the region.