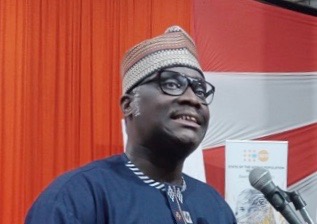 The transitional unity government must work hard to end child marriages by addressing challenges facing women and girls in the country.

This was revealed Tuesday by Ademola Olajide, the United Nations Population Fund (UNFPA) Country Representative during celebration to mark the World Population Day at Nyakuron Cultural Grounds in Juba.

“For us in South Sudan about 50 percent of our girls get marriedbefore they are 18 years, about a third of them are mothers while they are still teenagers. It therefore, means that we have to take concerted effort as a community to ensure we address thesechallenges,” Olajide said.

The celebration in Juba coincided with the launch of the World Population Report with “focus on unintended pregnancy underthe theme; South Sudan in the world of 8 billion; towards a resilient future for all”.

Albino Bol Dhieu, the National Minister for Youth and Sports,assured that they will work to ensure that South Sudanese particularly youths realize their full potential.

“We came to understand that there is need for the partners to go down to the grassroots, the counties to give us statistics of women and girls, the government will embark on civic engagements and public awareness,” Dhieu said.

The UN Children’s Fund (UNICEF) already revealed that more than two million children mostly girls were pushed of school due to combination of factors such as conflict and early marriage.