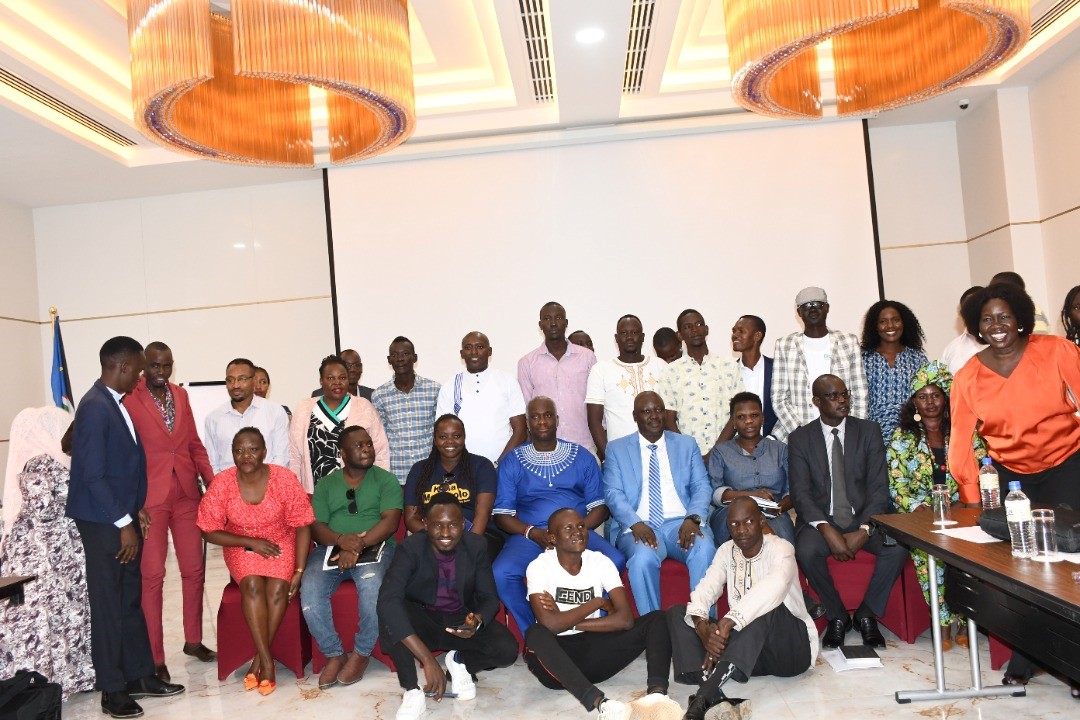 The United Nations Population Fund (UNFPA) South Sudan office has promised to cooperate and support media houses in the country.

“What we want to do as UNFPA is to partner with you, for you to work with us not only as we recall successes that we collectively deliver, but also as we interrogate deeply into society and challenge all of those negative social norms that continue to undermine development in South Sudan” Dr. Demola Olajide, UNFPA Country Representative said in Juba on Friday.

He was speaking during the media brunch meeting that was attended by over 30 journalists.

Olajide said that UNFPA are getting into the fourth cycle of country program where they aim to support the government and people of South Sudan to achieve the “three zeros”.

“Zero on method of family planning where we mean that no individual, male or female will be left without access to family planning when they need it, Zero preventable maternal death meaning that no woman should die while giving life, and Zero gender -based violence and harmful practices,” Olajide said.

“Therefore, it means that our women, and of course our men are free from violence and harmful practices such as child marriage goes to zero in the Republic of South Sudan, we need to begin to interrogate the root cause of these problems by narrating where things stand and work together to address these issues,” he added.

Oyet Patrick Charles, President of the Union of Journalists of South Sudan (UJOSS) called for more capacity building for journalists.

“ As we  move toward capacity building let us not forget the new media, we have seen websites and we have seen Facebook pages, you-tube channels, just recently in the last three months there was a story in social media of a young man who performed very well in school and he did not get chance for further studies because he did not get any scholarship, he was from a poor family, I think Eye Radio carried the story, later this young man met the First Vice President and got a scholarship,” Oyet said.

Oyet emphasized the importance of the new media on reporting on the controversial issues of dredging along the rivers.

He said traditional media were unable to cover the story on dredging in Bentiu, adding that social media provided necessary publicity on the issue that was recently halted by President Salva Kiir after wide consultations by water and environment experts.

“Another one was the killing in Mayom, the extra-judicial killing, no journalist went to Mayom to cover the story and bring it to us, it appeared through social media, until later we saw the governor was summoned and so many things are ongoing,” Oyet said.