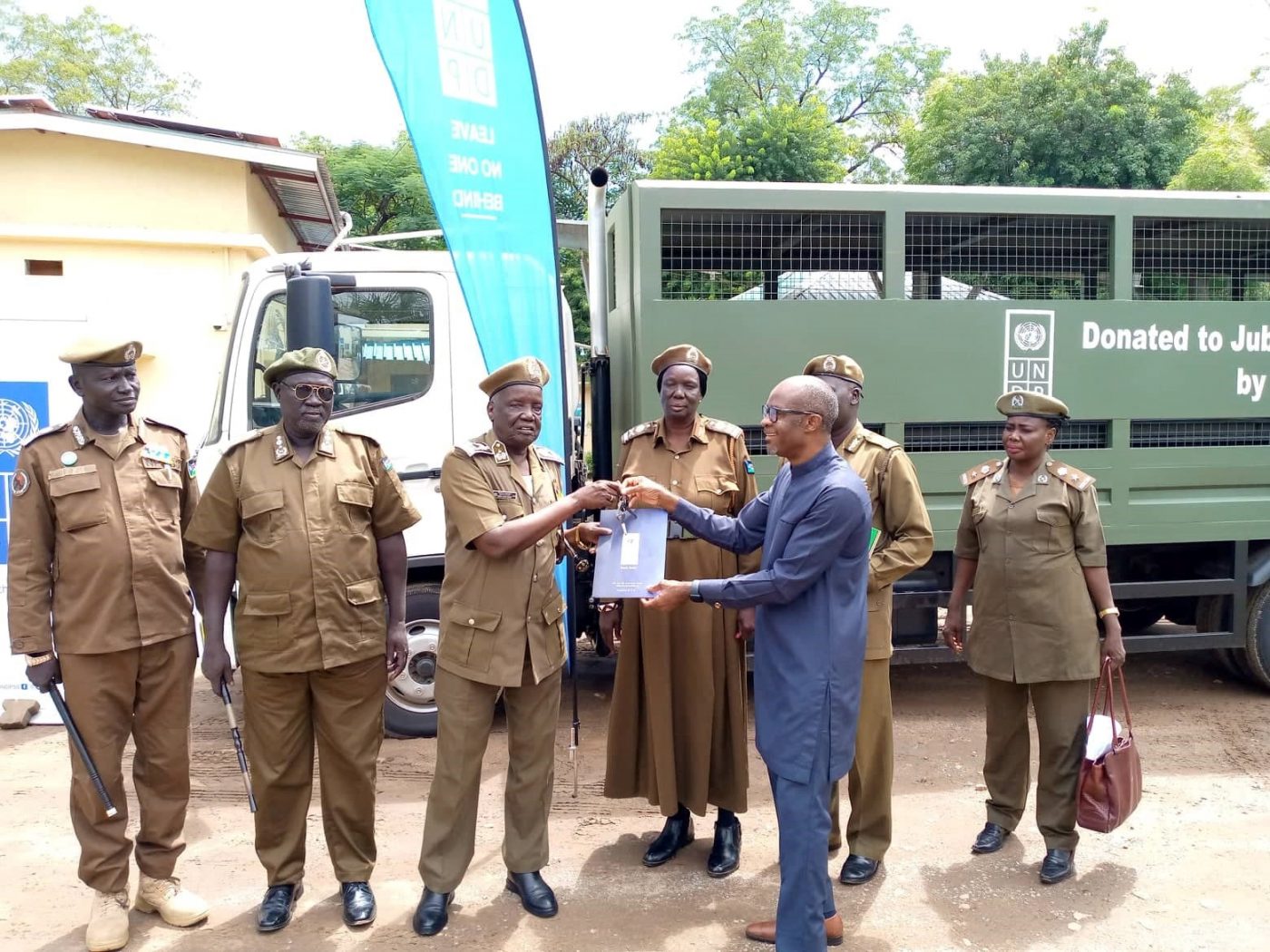 Lt. Gen. Henry Kuany, Director General of the National Prison Services, said the vehicles will facilitate transportation of inmates to courts in a bid to ease access to justice and medical care.

He disclosed that Central Equatoria and Western Bahr el Ghazal prisons are among the beneficiaries.

“This is great and I hope the two caged Lorries will facilitate the transportation of inmates to court and productive areas,” Kuany said during the handover ceremony held in Juba.

“I am appealing to you that next time, you increase the number so that at least every state should be given one or more caged Lorries including three administrative areas,” he added.

“With this support that the prison services received from UNDP, we are able to develop our infrastructure and build the capacity of our staff to some degree,” said Kuany.

Dr. Samuel Doe, UNDP Resident Representative, said the trucks will contribute to the decongestion of prisons and strengthening of rule of law as well as the protection of inmates’ rights.

He urged the prison officials to take good use of the caged trucks for the intended purpose of transporting inmates.