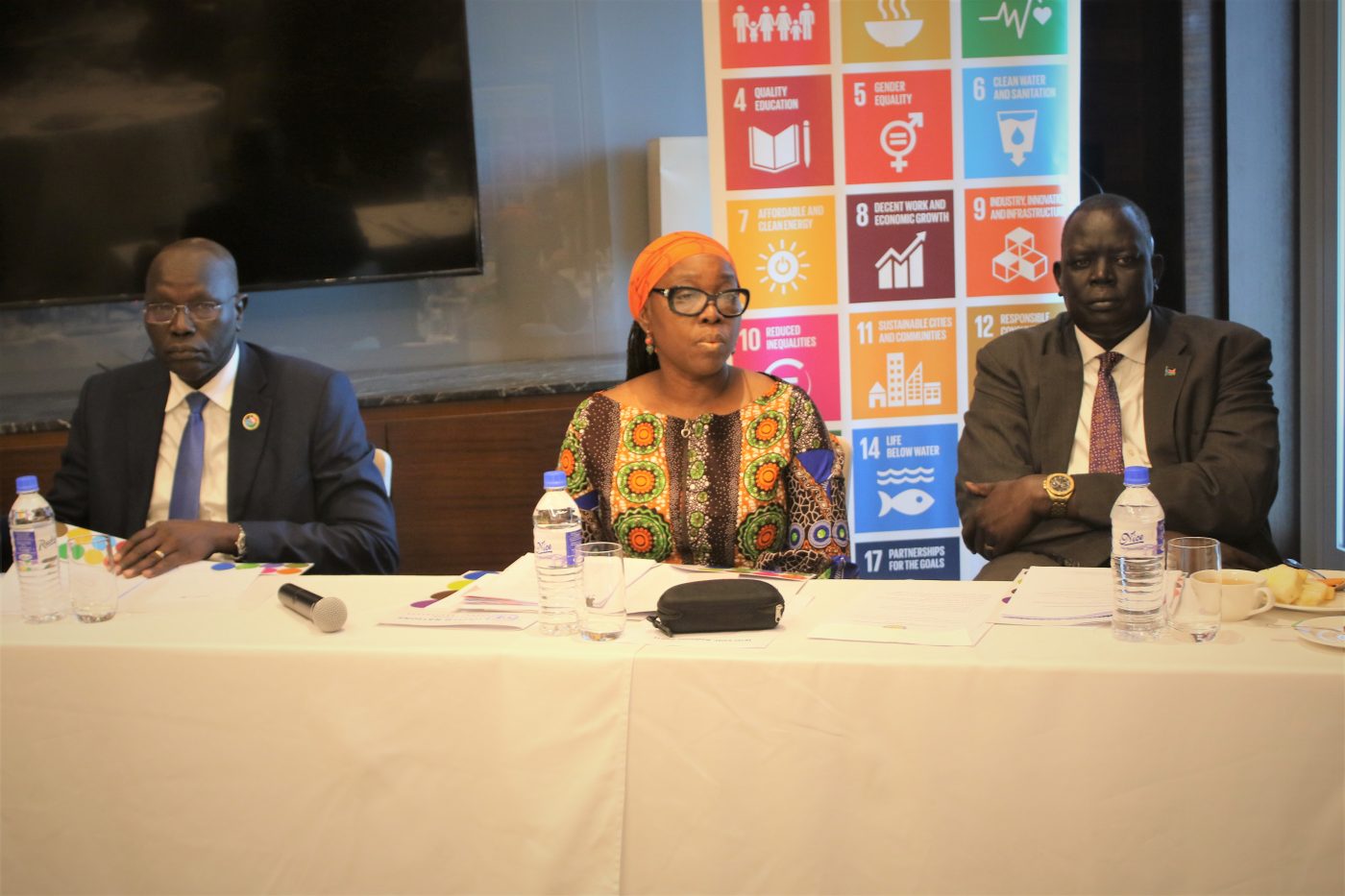 The United Nations Resident Coordinator in South Sudan and Representatives of the UN Agencies in South Sudan convened a dialogue with the Ministers of Finance and Planning and Foreign Affairs and International Cooperation, on the draft of the 2023-25 United Nations  System Development Cooperation Framework (UNSDCF), due to be signed by the UN and the Government of the Republic of South Sudan in September 2022.

Sara Beysolow Nyanti, Resident Coordinator, who serves in a triple-hatted role, with other portfolios(Deputy Special Representative of the Secretary-General, and Humanitarian Coordinator), reiterated the fundamental need for peace in achieving durable solutions and setting the country on the trajectory to development. “The humanitarian and development approach as a pathway for recovery and resilience can only make sense when there is sustained peace” stated DSRSG/RC/HC Sara Beysolow Nyanti.

Representing the Ministry of Foreign Affairs and International Cooperation at the meeting, Hon. Deng Dau Deng the Deputy Minister of Foreign Affairs and International Cooperation stated that South Sudan’s development agenda is informed by liberation ideals, where its citizens lead improved lives in a progressive and prosperous society. “The government commits to a meaningful partnership with the United Nations and the entire international community to ensure total peace and development in South Sudan,” said Deng Dau Deng.

Dier Tong Ngor, the Minister of Finance and Planning, noted that the dialogue retells the national development aspiration and how the United Nations can be a partner in its realization. He also reiterated the commitment to address significant challenges to peace, and development.

The dialogue held at Radisson Blu hotel in Juba, was also attended by technical staff from the Ministry of Foreign affairs and International Cooperation and the Ministry of Finance and Planning as well as the United Nations Agencies, Funds and Programmes.