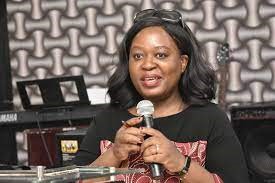 The United Nations is calling for expanded efforts to tackle root causes of food insecurity and malnutrition in South Sudan.

Badejo called on the government to create conditions for peace and stability in order to boost food production in the country.

“On this World Food Day, I call on all stakeholders to create conditions for peace and stability that will enable the country and its population to prosper, increase food production, curb the level of hunger that is spiraling out of control, and to build resilience to climatic shocks,” he added.

The representative of FAO in the country Meshack Malo, appealed for the creation of attractive Agriculture and Agri-Business for the ambitious young population of South Sudan.

He disclosed that FAO is cooperating with the government to fortify all levels of the food system such as production, post-harvest management, storage and marketing

“FAO is supporting the formation of farming cooperatives and facilitating access to markets. Growth in the Agricultural sector provides sustainable livelihoods which positively contributes to the national economy and helps reduce overdependence on imported foods,” he indicated.

Similarly, Hamida Lasseko, the UNICEF Representative in South Sudan said children pay the highest price as it is manifested in the alarming and increasing rates of severe degenerative lifestyle seen in children across the country

“As the world is everlastingly encircled in climate-related, political and economic dilemmas, we must lift up our efforts in South Sudan to address food insecurity,” said Lasseko.

Food insecurity in the country is alarming as hunger hit unprecedented levels this year with almost 65% of the population equating to roughly 7.74 million people are in  severe food insecurity with 2.9 million of those on the cusp of starvation and another 87,000 people in famine-like conditions.