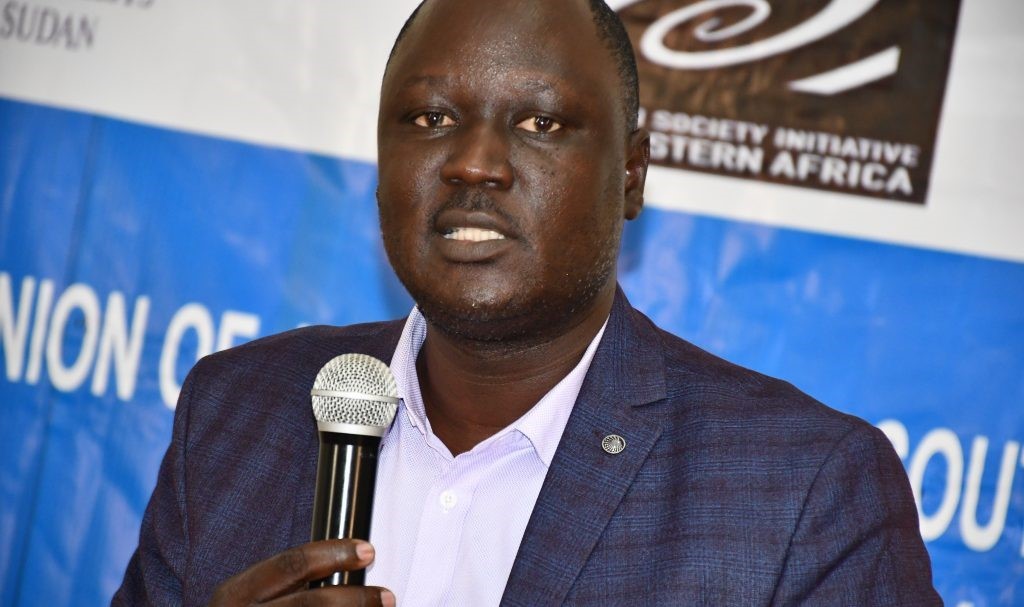 The President of South Sudan Journalists’ Union (UJOSS) on Thursday asked journalists to decolonize the media by reporting positively without tainting their reportages with individualized propaganda that can tarnish their own image and that of the Country.

Mr.Oyet Patrick Charles made this call while delivering his message to close a three- day training of over 50 journalists collected from different states of South Sudan and Juba city

The UJOSS president also announced the union’s readiness to operationalize the establishment of brunch offices in the remaining states where UJOSS have no offices in them yet.

Mr Oyet signalled to all journalists to always carry their press Identity Card to avoid inconveniences and running into problems with security personnel while performing their journalistic duties.

“We need to always carry our press card as this will help us avoid inconveniences and running into issues with security personnel when covering events. Another thing is that, we are now winding up the completion of UJOSS state branch offices,” he added.

We are soon going to the three remaining states of seven, and this will be a window of opportunity for all journalists to have Union’s membership press card,Mr.Oyet added.

The just concluded journalists training on Child Protection was organized by South Sudan Disarmament, Demobilisation and Rehabilitation in collaboration with UJOSS, with funding from UNMISS and UNICEF.