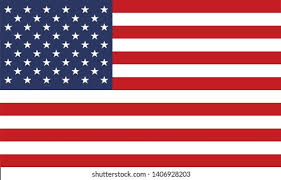 The U.S. Agency for International Development (USAID) has signed a three-year, $12 million agreement with Pact Inc. to continue the U.S. government’s long-standing support for independent media in South Sudan and the disputed Abyei Area on the South Sudan-Sudan border, as an essential element of democracy.

“The USAID-funded 2021 South Sudan National Audience Survey confirmed that radio remains the most used and accessible source of information in South Sudan, although some areas, including Unity and Upper Nile States, have lower rates of access to radio than other areas,” the US embassy said in a statement released on Sunday.

It said that the new Sustainable Independent Media Activity will improve access to credible, accurate, and reliable information for South Sudanese citizens by promoting the sustainability of high quality, independent radio operations.

“This initiative, to be implemented in South Sudan by PACT and sub-awardee IREX and other partners, will provide citizens with a platform to encourage a more responsive government for South Sudanese citizens by improving access to credible, accurate, and reliable information; promoting financial, institutional, and social sustainability; and investing in high-quality, credible journalism”

The Sustainable Independent Media Activity will build on the accomplishments of USAID’s 2013-22 i-STREAM activity implemented by Internews, which built sustainable independent radio in South Sudan, and improved media content and professionalism of community radio stations