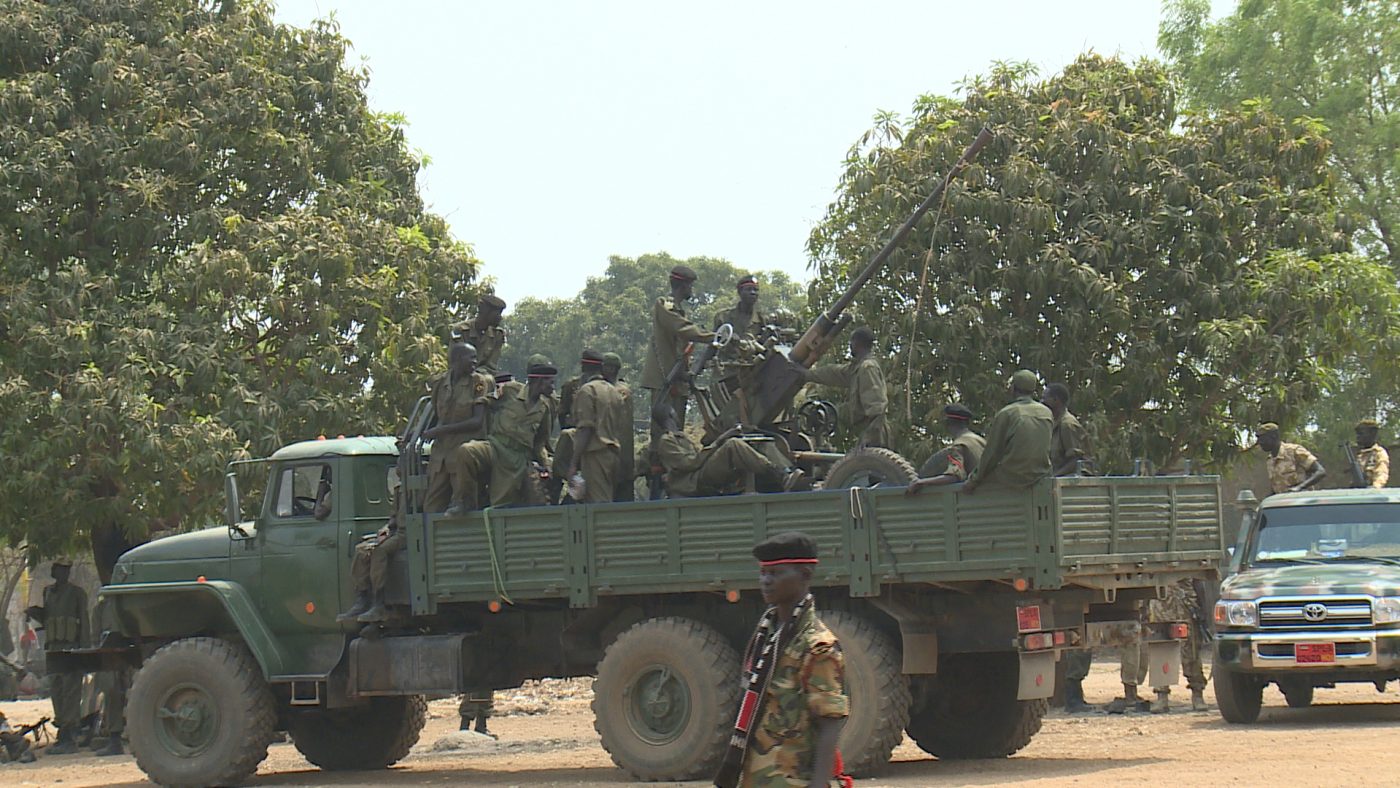 Two killed, three injured in an attack on Vehicles along Yei-Kaya road on Monday

Two South Sudan People’s Defense Forces (SSPDF) personnel have been killed and three others injured in yet another attack on commercial and military vehicles along the Yei – Kaya Road on Monday afternoon.

The deceases have been identified as James Manyouny and the other, his brother only as Mayar.

The three land cruiser vehicles carrying goods from Koboko, Uganda to Yei, South Sudan were ambushed between Kimba and Poki Mountain in Morobi County of Central Equatoria State at around 3:00PM of Monday, 10th May 2021.

The other land cruiser with open top in which the soldiers were travelling is said to belong to the head of Military Intelligence in Yei (which vehicle he uses for doing business), but the soldiers were using to reach their destination in Jambo area that day.

No property was looted as the attackers took off after briefly exchanging gun fire with the soldiers. The dead bodies and those injured were taken to Kaya health center.

Morobo County Commissioner, Joseph Mawa confirmed the incident but says he believes it was a ‘targeted’ attack on government forces.

Joseph Mawa said, “Monday’s attack targeted a military vehicle out of the three.”

But Yei County Commissioner, Aggrey Cyrus says they will not suspend any travel along the road despite the looming security threat is posed by the incidents of violence of armed gunmen.

“We are not going to suspend any travel along the Yei-Kaya road because if we suspend, that means we should have an alternative of how we meet the livelihood and the economic needs of people in Yei but we’ll institute some security arrangements that will safeguard movement of people and vehicles along the road peacefully,” Aggrey Cyrus said

Reliable sources from the border town of Kaya say the situation there is tense as soldiers are shooting out of anger saying their people have been killed by “brothers” of the residents who are in the bush.