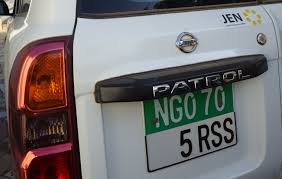 At least two humanitarian worker have been killed and two others sustained injuries after an attack by a yet to be identified gunman in South Sudan’s Lakes State.
The victim have been identified as Moses Maker, a project manager for a nutrition programme who works with a Non Governmental Organization ‘Doctors with Africa’ also known as CUAMM and Abraham Gulung Werwer who was the driver of the organization.
Yirol west county Medical officer, Deng John Machiek confirmed to Juba Echo that the shooting took place on Monday evening between Agany and Aluakluak payam.
“the incident happened between Agany and Aluakluak payam on Monday at 4:44 pm, those attached were moving in two vehicles, the first vehicle was shot and the other one managed to drive through, the vehicle attacked had four (4) occupants, two men and two ladies, both men were killed, one lady was shot another lady one knocked her head on the vehicle and died on the spot”. Machiek said.
He condemned the killing.
“Health workers have no tribe, they don’t belong to any tribe or community, they are here to serve everybody, they are supposed to be respected and given protection by everyone.” He said.
The Minister of Health in Lakes state Dr. Jacob Akuochpiir Achuoth condemned the killing of the health workers in the state.
“I am disappointed as a part of the state authority for the violation of the rights of health workers and urge all health personnel working across Lakes State to be more vigilant and adhere to the necessities, security and safety precautions” Said Achuoth
“I will work closely with local government and law enforcement agencies to investigate and hold those involved in killing of health accountable.” Added the Minister.
The aid workers killed were on an official duty to collect data and pay field staff when they were killed in Greater Yirol West.

The United Nations is reporting an increase in the number of cases of attacks on aid workers this year.

The attacks are connected to the difficult economic situation in the country, many youth are accusing humanitarian agencies of not helping them get job opportunities.