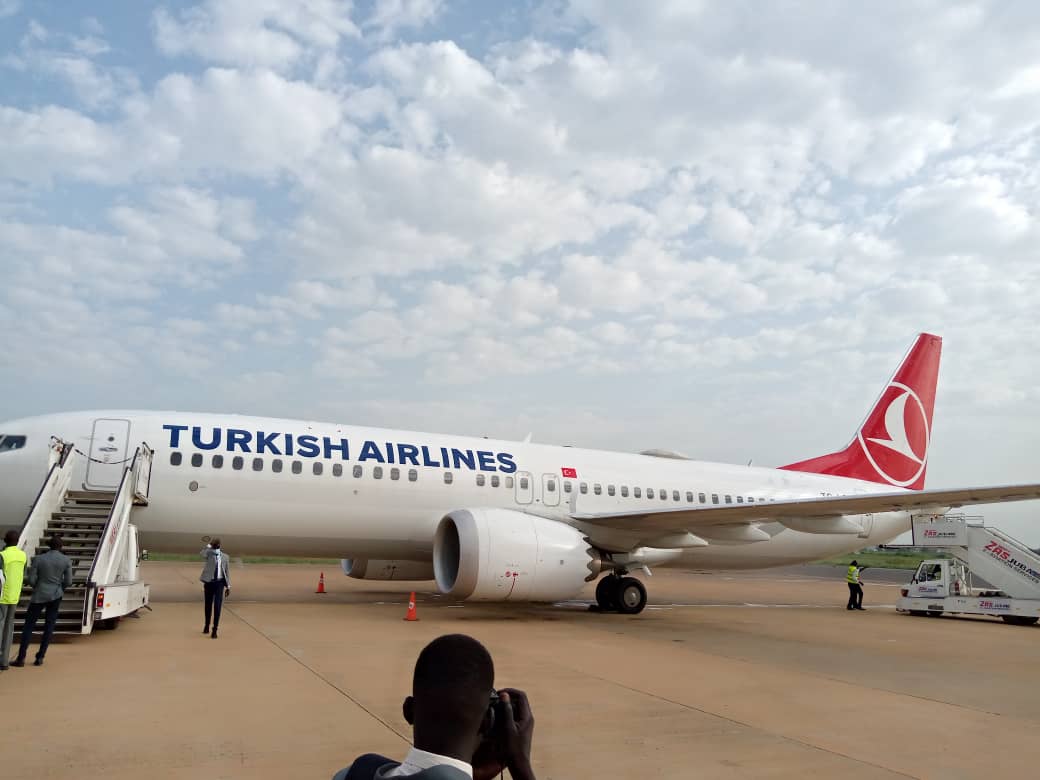 There will be three flights from Istanbul to Juba per week.

Speaking during the launch the Vice President and Chair for Economic Cluster James Wani Igga said, the arrival of Turkish Airlines to South Sudan is going to unite people, promote exchange of cultures while providing inspiring travel experiences for all.

Dr. Wani said that it’s good news for South Sudan to be one of the 129 countries in the world visited by Turkish Airlines.

He urged the Turkish Airlines to provide South Sudanese people with some scholarships to train their pilots and other aviation staff.

“The people of South Sudan are grateful as much as they are connected directly to Europe without connecting to a third country, we have given Turkish government and people appreciation”.

Taban Deng Gai, Vice President and chair for Infrastructure cluster, said that this is historically a great day for South Sudanese people.

“I am confident that the connection by one of the best Airlines in the world will strengthen trade and tourism between us and cement our close ties, South Sudan relation with Turkish government goes back in History, Turkish were the first to introduce the modern government in South Sudan this explains why we have Turkish words in our national languages “

“It’s a pleasure for me to celebrate our flight from Istanbul to Juba which is 62nd destination to Africa, 129 countries, since the 2011 South Sudan has been a very good friend of  Türkiye and  I am happy to say that our relationship growing strongly each year, our flying  to Juba will help Turkish and South Sudanese trade, business and cultural ties”

He said he hopes that South Sudanese people will benefit from their direct flights from Juba to Istanbul.

Turkish Ambassador to South Sudan Erdem Mutaf said that this is a historical day for the Turkish and Republic of South Sudan government to have direct flights that have just landed at Juba International.

“I am a lucky ambassador who saw this first direct flight to Juba, during my career I witnessed 4 direct flights of Turkish Airlines. This flight will be very instrumental in enhancing the interaction between the Turkish and South Sudanese nations, it will open new avenues for bilateral cooperation between our countries and create opportunities for investment from both countries. “

He said that the Turkish cargo will be conducting their operation to Juba and it will be very important for the logistical needs of this country.