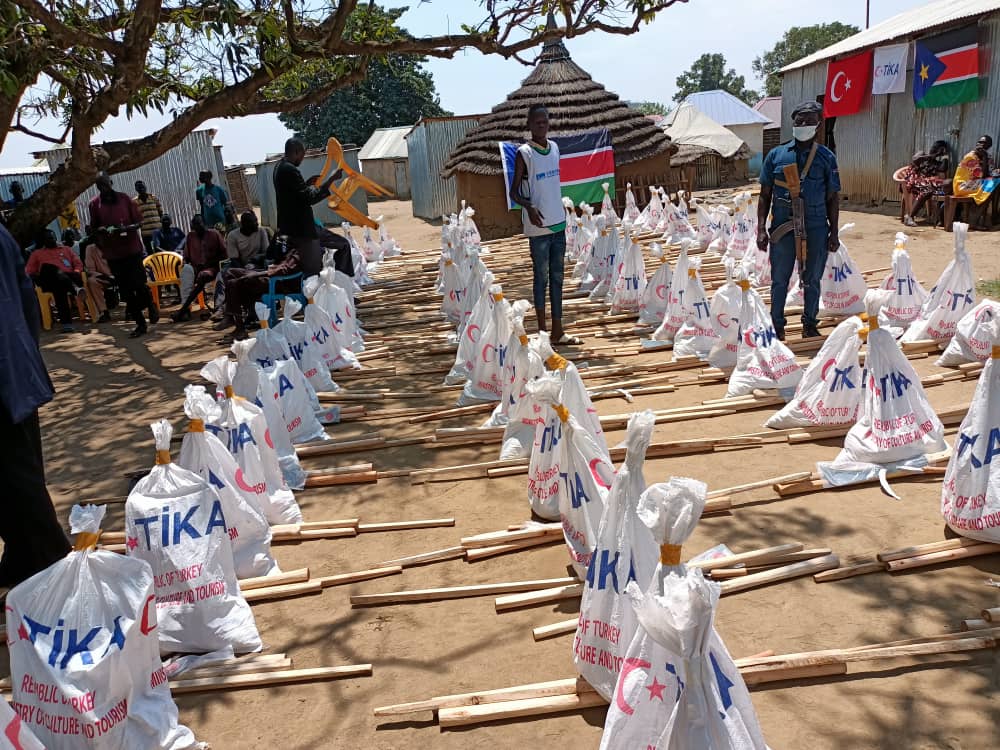 Farmers in South Sudan have been boosted with donations of agriculture tools and seeds by Turkey.

The donation through the Turkish Cooperation and Coordination Agency included 2600 kilograms of seeds, and 2500 farming equipment that will benefit more than 1000 farmers.

“Turkey is working closely with the government of South Sudan and all relevant authorities for the benefit of the people of this country,” the Turkish Ambassador to South Sudan Erdem Mutaf said while handing over the kits on Friday in the capital Juba.

South Sudan has rich fertile arable land which can feed the entire East African region year round but six years of crisis had eroded the livelihood of the farmers, leaving them to flee to displacement in Internally Displaced People’s Camps and to neighboring countries as refugees.

As the displaced farmers return home empty handed, they are challenged with returning to their destroyed farms.

According to Mutaf, his country will always stand with the farming community in South Sudan and ensure they return to sustainable production.

The equipment on the other hand were rakes, axes, sickles, machetes and hoes.

Chief of Gumbo Manasseh Wal appreciated the Turkish Government for the farming kits which he said would be of great assistance to the farmers.

“With this economic crisis we are in, it’s very difficult for us to buy seeds and agriculture tools in the market but now with support from Turkish government we will be able to continue with our farming,” Wal said.