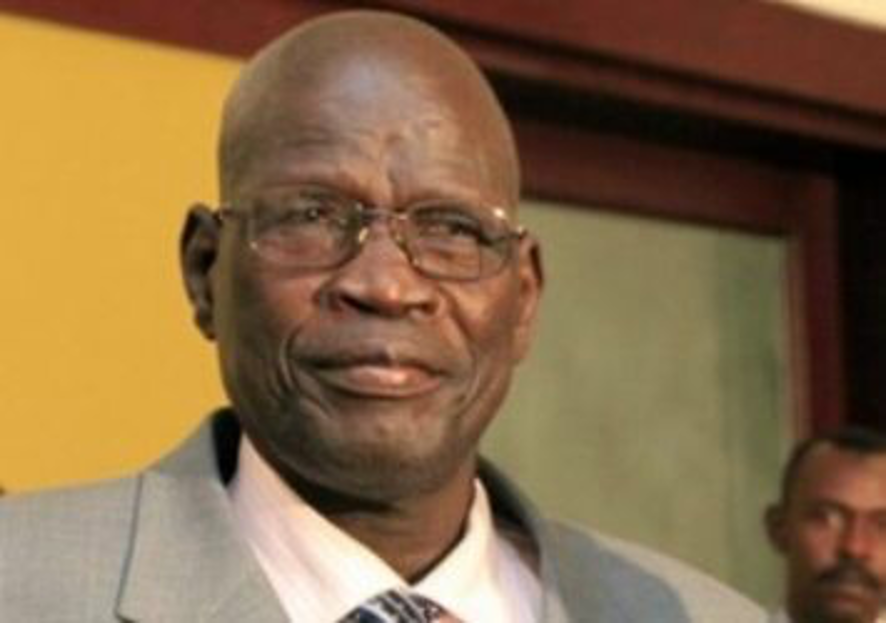 The former national minister of finance and planning Stephen Dhieu Dau has paid tribute to Gen. John Kong Nyuon, former governor of Jonglei State who recently passed on in the Kenyan capital of Nairobi.

Dhieu described the Nyoun’s death as a great loss to the nation.

“The passing of Gen. Kong Nyuon at this critical moment is great loss to the Republic of South Sudan. My condolences to President Kiir and the SPLM/SPLA family and all comrades,” Dhieu said in a statement issued in Juba on Wednesday.

Nyoun a senior commander and veteran of the Sudan People’s Liberation Army (S[PLA) during the decades war of liberation against Sudan died  on 27th December  after battling unknown illness.

“I served with him in the first cabinet of the Republic of South Sudan, and he was a dedicated nationalist. I only know him as a veteran military officer and politician who served the nation for 21 years as a great commander,” said Dhieu.

The late served as defense minister before he was appointed Jonglei State caretaker governor, and later on Governor of Fangak State when the states were reduced from the initial 10 to 32 States.

Nyuon also served once as Presidential Advisor on Security Affairs.

He was also member of the Political Bureau of Sudan People’s Liberation Movement (SPLM).