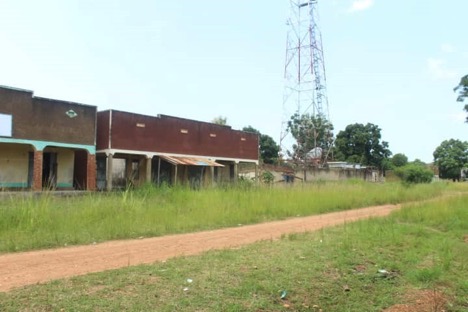 Traders asked government of South Sudan to negotiate with Ugandan counterpart to save them from double taxation.

Traders in Kajokeji market in the central Equatoria State have implored government of South Sudan to negotiate with Uganda counterpart to avoid taxing them on both sides of the border or at least reduce the  tariffs.

Poni Scovia James, a trader in this market told our reporter today that, the government of Uganda where they bring goods tax them heavily at the border and yet they are also taxed for the same  by South Sudan tax officials.

“We face many challenges, a small pack of goods is charged at 10,000 SSP and we pay on Uganda side as well as South Sudan side and the roads are so bad,” James laments.

James added that they use motorcycles to carry the goods and that although it does not carry a lot of good, they are usually charged by the tax agents between 30,000 SSP to 50,000 SSP.

Inyani Moses Franco, the chairperson for Kajokeji County Chamber of Commerce on his comment says apart from double taxation, the road network between  Kajokeji and  Juba is too bad with  many roadblocks coupled with imminent insecurity along the road.

However, an Ethiopian trader,Robert Shisha in the same market says taxation is not a problem because they increase the prices of the commodities on the consumers  but their main problem is the road that he invited the government to repair especially the road between Kajukeyi and Juba to ease transportation of goods and services.

Meanwhile Robert Pitia, the chairperson of Central Equatoria state Chamber of commerce when contacted for a comment asked government to support business and development by improving road infrastructure and security.