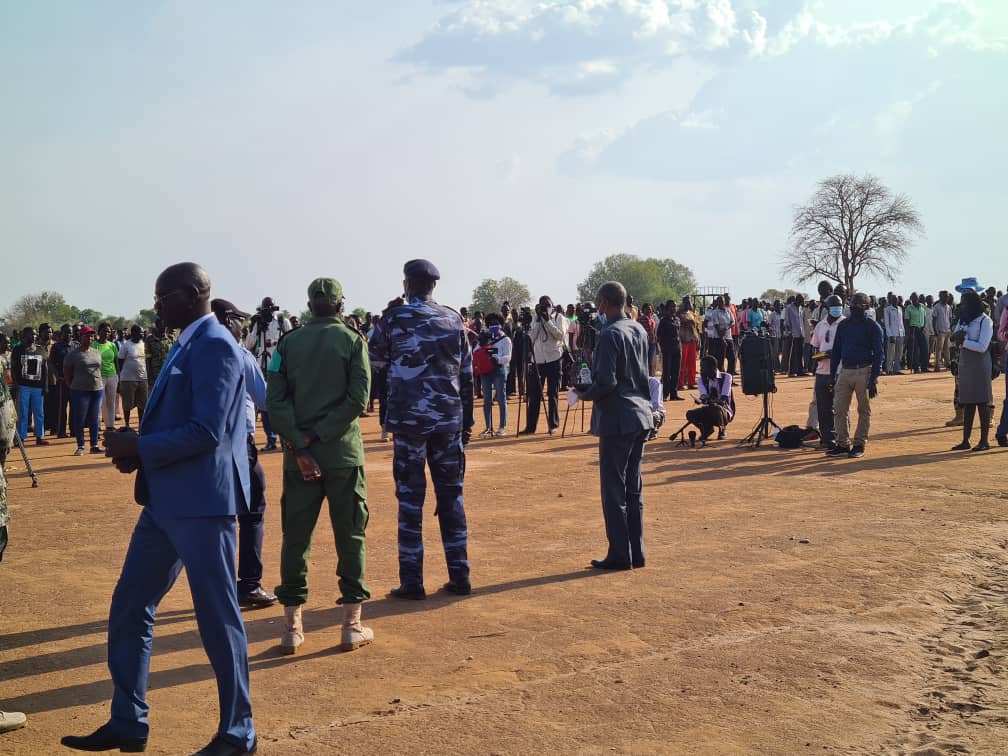 Three suspects arrested over killing of 22 people in April

At least three suspects have been arrested in Juba over participation in the killing of 22 civilians in Anuol Payam of Lakes State in April.

Andrew Achieng Anhiem, Commissioner of Yirol West County disclosed that those arrested on Sunday are connected with the violence that broke out in Anuol Payam.

“The three suspected criminals were behind the attack on Anuol payam which left 22 people dead and wounded more others,” Achieng told The Juba Echo on Monday by phone.

The violence erupted after Guarang community members protested the elopement of a girl from their community with a man from Juluth community.

He said relatives of the suspects helped them to evade arrest by sneaking them to Juba.

Achieng said that some of the suspects are still at large, adding that the state authorities are determined to apprehend them to answer for their crimes.

He revealed that the suspects were tracked on phone while communicating with some influential officials in the capital.

Achieng added that the security situation in the county is calm as of now.

He said that he is engaging traditional chiefs and elderly people to support efforts to apprehend other suspects.

“The chiefs and their elders have gathered in the last two days performing rituals by offering bulls such that the two sides involved in the fighting forgive each other,” said Achieng.

He urged the national government to intensify disarmament exercise to collect illegal guns in the hands of civilians.