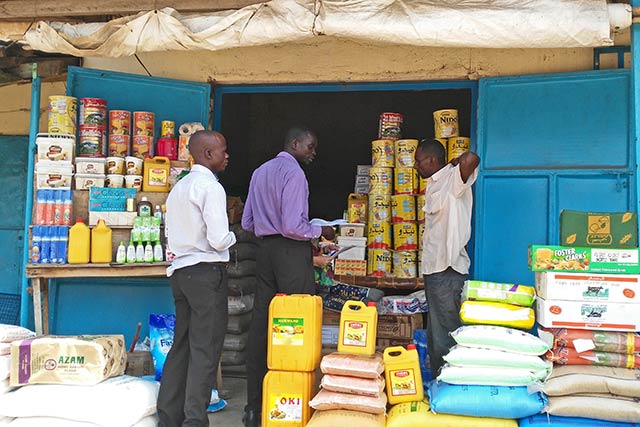 The ordeal: recounting a journalist’s day in South Sudan

As South Sudanese work up to prepare for merrymaking on a Saturday morning, journalist Chuol Jany’s plans were to follow up on an interview he scheduled with a news source.

Things however took a twist when Juba City Council had other plans-a huge demolition exercise that weekend.

Chol got wind of it and quickly abandoned the interview. Demolition was juicy material for news.

The change of plans then dictated one of the most mind-blowing ordeals a journalist would get.

On the orders of the Executive Director in the City Council, Jany was picked and locked up for a full day for asking a simple question, “why are you breaking down shops and stalls?”

Jany writes for the Radio Community.

The demolition was being undertaken by JCC at Hai Soura in the heart of Juba on September 18.

“There I found several city council executives, security operatives and the big man Lord Mayor Kalisto Lado leading the way and directing the bull dozers,” Jany recalled of the incident.

As Jany asked meekly why the demolition was taking place, he was taken aback as the security officials were directed to pounce on him.

“The mayor told me that he was too busy to talk to the media but if I can schedule a meeting for another day, that would be better,” he told Juba Echo.

Failing to get comments from the mayor, Jany opted for photos and videos to give credibility to his story before the Executive Director announced his verdict.

“After taking some photos, I started shooting some videos and that was when the executive director ordered them to grab me,” he said.

“They grabbed me, put me in their land cruiser pick -ups without the knowledge of the mayor,” he said.

“When the demolition ended after an hour and a half, I was taken to the city council headquarters, interrogated and locked in a temporary jail that looked like a tools store during the construction of that building.”

Picked at around 10.00am, Jany was finally released at 8.30pm in the night after the intervention of the Union of Journalists in South Sudan.

“They asked me to tell them who permitted me to take photos of the mayor and said my fate will be decided in the court on Monday,” he said.

“Luckily for me, before they took my phone during the interrogation, I had already gotten word out through a text to my family and my family were able to contact my colleagues who passed on the information to the Union of Journalists of South Sudan.”

The union was able to contact the mayor’s press secretary who contacted his boss just as he was about to go to bed.

The mayor had to return to the office in the night to release Jany.

His story is just one among the daily ordeals of reporters in South Sudan.

In August, journalist Denis Logonyi was openly slapped by security officials attached to the office of Vice President Mama Rebecca Nyandeng during an event.

They denied it and even demanded prove from the slapped journalist.

Patrick Oyet, the President of UJOSS personally demanded the release of Jany.

He said there is a big need to sensitize security and public officials on the roles journalists and the media play in South Sudan.

“The first stage going forward is we are organizing a workshop between journalists and the security/media officials in the government ministries to find a common ground of working in harmony without inconveniencing each other,” Oyet told Juba Echo.