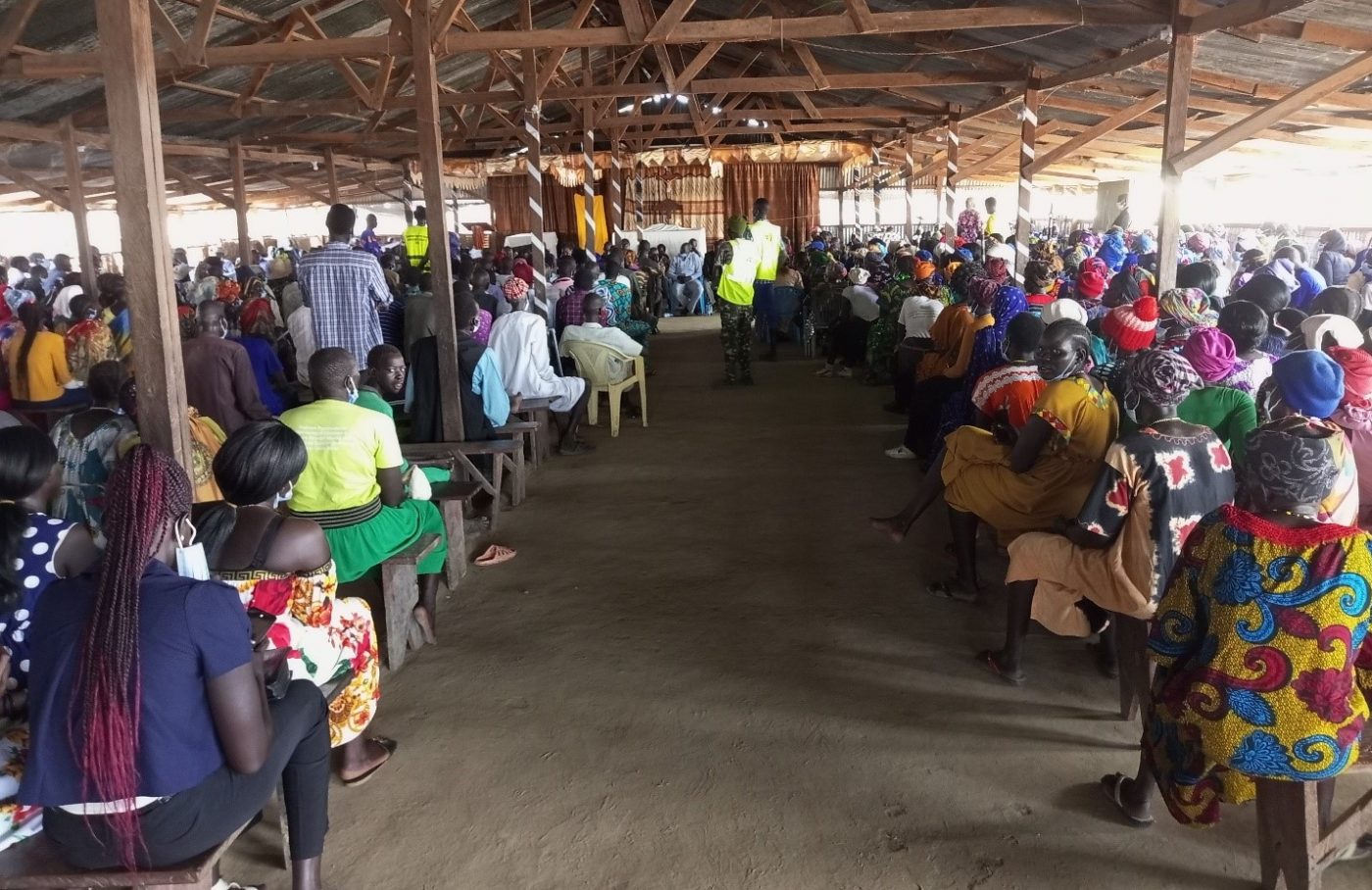 A multitude of Bentiu IDPs occupiers have witnessed the handover ceremony of the former community high committee leadership of the camp which was ultimately followed by the installation of new leadership on Thursday.

The function which took place from Bentiu IDPs camp Catholic Church main Hall saw the camp residents put forth night security as their foremost expectation from the new leadership.

The new chairman added that, he is aware of rampant insecurity in the IDPs camp and promised to eliminate all criminal activities through intensive and extensive patrol which at times will be accompanied by curfew.

“Having been sworn in today, I will make sure our people begin to sleep without fear of looters and robbers, we should promote peace and unity as stipulated in the revitalized South Sudan peace agreement” he said.

Bentiu IDPs camp elders’ representative Gatnyang Tap who attended this event asked the incumbents to redeem the camp from night attackers and other security jeopardies.

In what appeared as a wonderful gesture, the IDPs camp police forces commander James Tut Chuol pledged to add his weight on to those of the newly installed leaders to quell any form of insecurity within the camp locale.

“As we are witnessing the handover to our new leaders, we hereby also declare curfew starting from 10PM sharp to allow us identify those who take laws in their hands at night hours,” said the police commander.

Bentiu is the largest IDPs camp in South Sudan hosting more than one hundred thousand internally displaced persons living under the protection of civilian’s sites.