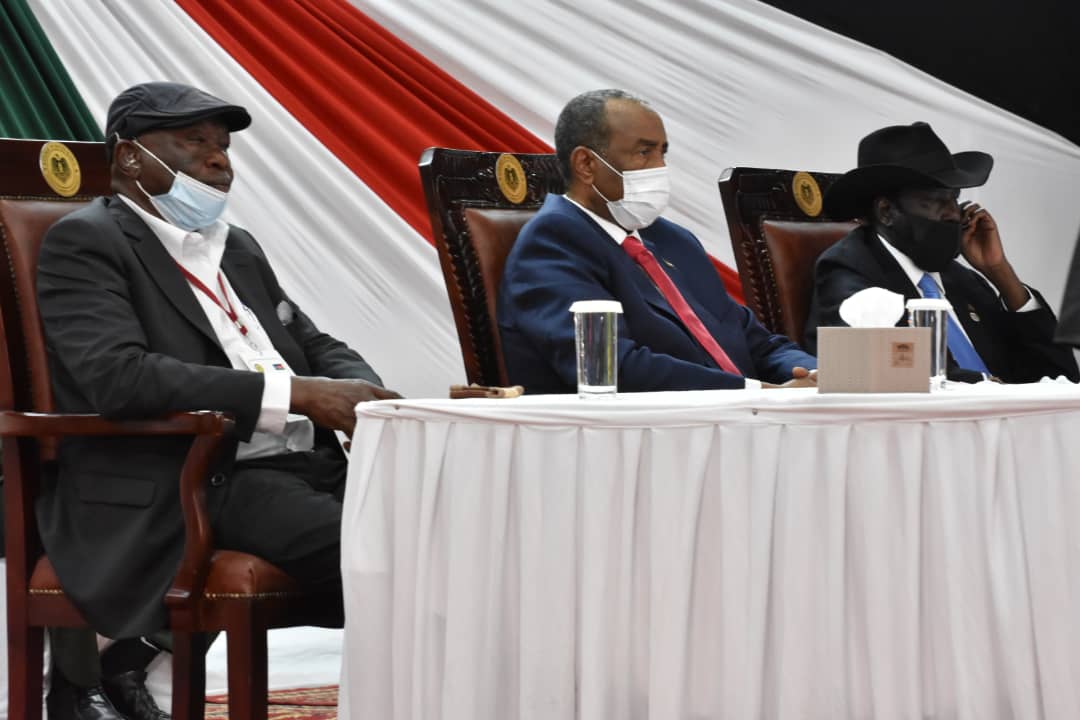 Peace talks between the transitional government of Sudan and an armed opposition known as Sudan People’s Liberation Movement/Army or SPLM-North led by Abdelaziz Adam Al-Hilu kicked off on Wednesday in the South Sudanese capital Juba.

The SPLM/A-North’s key demand is that religion be separated from the state in Sudan.
The SPLM/A-North and Sudan’s government sides signed a declaration of principles two months ago where the transitional government of Sudan agreed to meet the demand of the opposition.
Gen. AbdelFattah Al Burhan, head of the ruling sovereign council of Sudan said that peace is the way that will bring unity in Sudan and he accepted the peace talks with opposition group with open heart.
“Our time has gone, what we are doing now is to develop the country for our younger generation. We are committed to follow what we have agreed in the declaration of principles, all Sudanese people want peace, we want Sudan that will accommodate all of us, and all citizens must be equal, whether in the east, west, no person is better than other one.”Said Gen. Abdel Fattah Al Burhan
South Sudan’s president Salva Kiir who is hosting the talks called upon Sudan’s government and the opposition group to embrace the spirit of dialogue for peace and unity instead of war.
“War cannot solve any problem, we fought for 21 years and didn’t achieved the whole thing we wanted.” President Kiir explained.
The Prime Minister of Sudan Abdalla Hamdok said that the start of the dialogue is not only about mere negotiation but they must be able to solve their problems and bring to an end the suffering of people, and they need to come with change.
“We have to be committed to peace, what is important is the peace between us and the SPLM-North, the dialogue in the direction of peace is about freedom and welfare in most parts of Sudan especially in the areas affected by conflict, We hope to negotiate and bring peace and resolve other issues and to support all projects agreed by us as Sudanese. Our country is diverse by ethnicity, religion and culture, we have to use the diversity to unite us.” Said Hamdok.
Abdel-Aziz al-Hilu leader of SPLM-North said that his group is committed to the peace that will address the root causes of the conflict in Sudan and bring rule of law.

SPLM/A-North is one of the two parties that refused to sign a truce with Sudan’s new government last year, another group that rejected the 2020 Juba peace deal is known as Sudan Liberation Movement/Army.