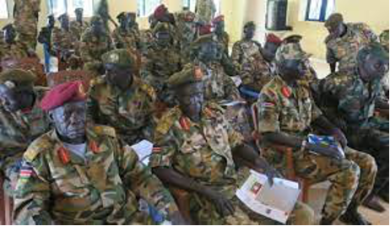 The South Sudan People’s Defense Force (SSPDF) division four in Unity State have been ordered to fight cattle rustling along the borders with other neighboring states.

This was revealed on Wednesday by William Manyang Mayak, the commander of SSPDF division four in an interview with Juba Echo.

“My commander gave me directives to eliminate cattle raiding; I am assigned to oversee this division. There will be no more cattle rustling between neighboring states,” said Mayak.

Unity State has been experiencing violence and civilian displacements due to cattle raiding and revenge killings over the past years.

“I assure you, there will be no cattle raiding in all parts of the state including the Ruweng administrative area, if that happened before it will not happen again under my command,” said Mayak.

“We are now implementing the revitalized peace agreement, and there is no need for our civilians to suffer again because of cattle rustling,” he added.