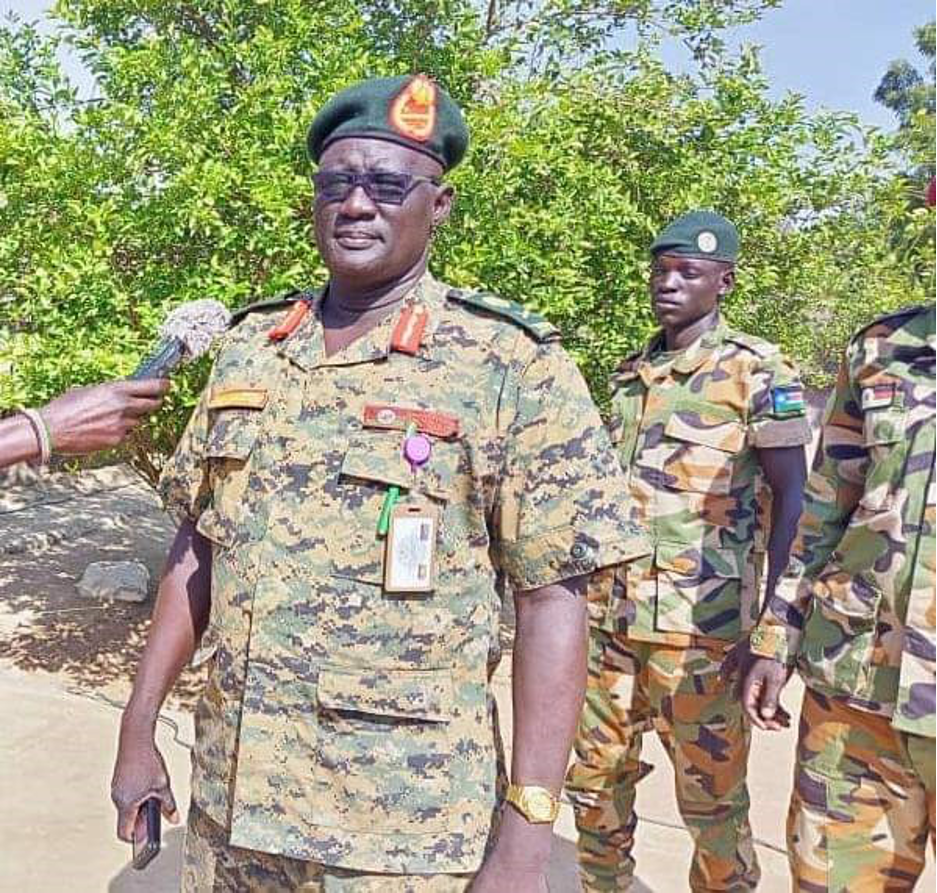 SSPDF deploys in Unity State ahead of festive season

The South Sudan People’s Defense Forces (SSPDF) has been deployed in several parts of Unity State to preserve peace during the upcoming festive season.

This was revealed Thursday by Maj.Gen William Manyang Mayak the commander for SSPDF Division four located in Unity State.

He warned that the army will not hesitate to deal with robbers and those seeking to disturb the peace.

“We have no compromise with revenge attackers and robbers, let the citizens of unity state celebrate their Christmas in peace and unity,” added Mayak.

Mayak revealed that soldiers have already taken positions along the main roads.

James Tut Chuol, the joint police force commander said this year’s festive season will be the first to be celebrated without security hitches in Bentiu internally displaced camp.

“We are in coordination with the SSPDF, and we have agreed to deal with criminals who want to interrupt the Christmas celebration,” said Chuol.