“The leadership of SSPDF would like to announce assurances that surgical offensive operations will continue in order to bring to justice bandits’ field commanders including Spiritual Leader Lt. Gen Gai Machack, Maj. Gen. Gatluak Majok and their subordinates.

Maj. Gen. said Commercial flights should continue with their usual operations since rebels operating in and around Mayom do not have capacity to shoot down aircrafts.

Asked about update from Mayom County,Unity State, Maj.Gen Lul says,”On July 22, 2022, “bandits” loyal to discharged former army General, Stephen Buay Rolnyang penetrated Mayom town, succeeded in eliminating the County Commissioner along with 11 others and set ablaze his residence and on July 26, 2022, the same group ambushed SSPDF convoy that comprised of three vehicles killing scores of servicemen along with two civilians, wounded two others and burnt down the trucks.”

“On July 27, 2022 and in implementation of own mandate of protecting territorial integrity of the Republic, its citizens and their properties, SSPDF Mobile Infantry Units attacked “bandits’” hideouts at Manyang, Kuerdet and Bonwier. The surprise and simultaneous attacks resulted in 65 outlaws getting neutralized in action and the recovery of 9 AKM-47 assault rifles”.

“it’s good to point out, ranks and file of Buay’s outfit comprises of a few disgruntled former servicemen with majority being criminals mostly, murderers, rapists, highway robbers and cattle raiders operating in no-man’s lands especially in swampy areas between Twic and Mayom Counties in Warrap and Unity States.”

General Stephen Buay Rolnyang, who was in August 2019 stripped of his rank and discharged from the South Sudan People’s Defense Forces (SSPDF)

He blames President Salva Kiir and his government for failing to cater to the welfare of SSPDF soldiers.

According to Gen. Buay, the revitalized peace agreement and its implementation is deliberately frustrated and he says he is fighting to liberate the country.

Members of International community insist that there is no military solution to South Sudan’s current situation, they are calling for dialogue that is inclusive of all disgruntled groups to bring lasting peace in the country. 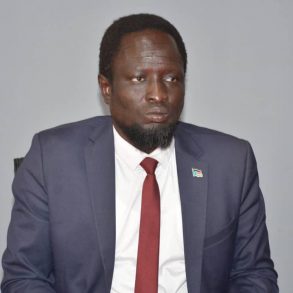 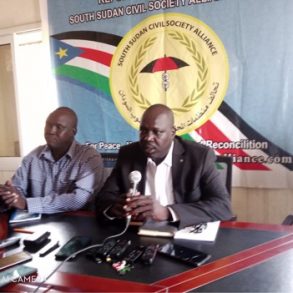