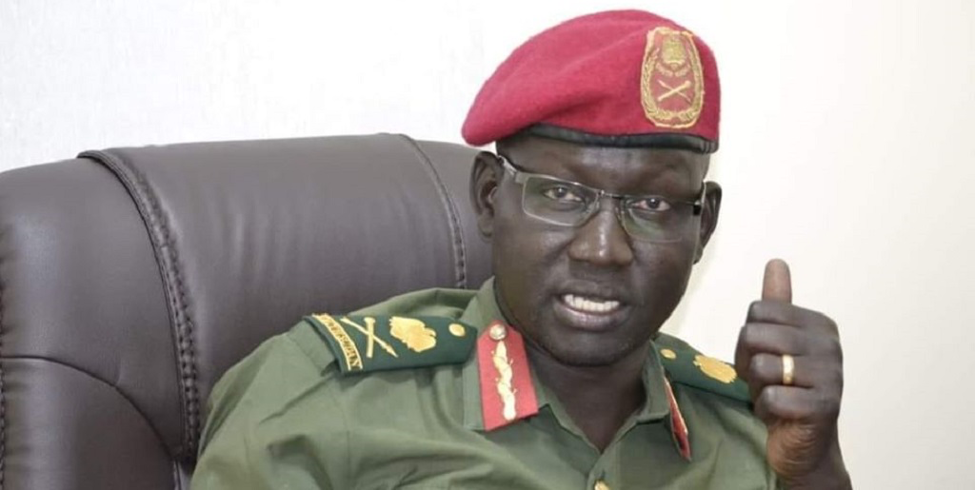 The Spokesperson of South Sudan People,s Defense Forces (SSPDF) Major General Lul Ruai Koang has called on the government and the Bari community demanding for a joint committee to be formed to investigate the Mangalla insecurities following blame games between the the SSPDF spokesperson and the chairperson for the Bari community.

“We at the SSPDF headquarter are calling and demanding the for a joint fact-finding mission and verification team to be sent to some of the islands where we discovered defensive trenches as well as show them the mortar shells we recovered,” he cited.

Stephen Pitia Lako had made a counter  press statement alleged that the soldiers had attacked civilians homes in the area of Mangalla, shelling and defending Dinka Bor herders.

He also added that they have been called as NAS rebels.

Lul Ruai said his office did not call the Bari community and align them to the NAS rebels.

“We did not say members of the Bari community are NAS rebels. We in the general headquarter did not mention the community of Bari as NAS rebels,” he said.

He added that about a thousand  defensive trenches have been discovered between Juba and Mangalla.

“We made it very clear that there are some islands between Juba and Mangalla that are being inhabited by NAS,” he said.