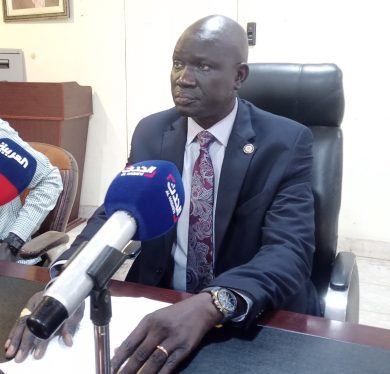 The Sudan’s People Liberation Movement (SPLM) has called on splinter factions to stop using the party’s name to avoid hoodwinking the public ahead of upcoming elections in 2024.

Santo Malek Anai, the Deputy Secretary for Political Affairs and Mobilization for the SPLM led by President Salva Kiir  on Wednesday called on the opposition parties SPLM-In Opposition (SPLM-IO) and Real-SPLM to rebrand their names.

“Riek Machar has already established his political organization which is known as SPLM-IO but again we urge him to rename his child, let him rename his new political party IO not SPLM-IO,” said Anai during press conference held at the SPLM national secretariat in Juba.

SPLM-IO under First Vice President Machar split from the mainstream SPLM following political dispute with President Kiir leading to outbreak of fighting in December 2013 among soldiers loyal to the respective leaders.

Pagan Amum, former Secretary General of SPLM currently leads Real-SPLM which is part of the South Sudan Opposition Movement Alliance (SSOMA) that has been engaged in peace talks with the government in Rome.

“In the implementation of peace agreement, that name (SPLM) will exist until the end of transitional agreement, but otherwise we will ask him (Machar) to rename his child, he is not anymore a member of SPLM he has no more business with us,” said Anai.

Anai said that SPLM-IO faction under Taban Deng Gai, the Vice President for Infrastructure Cluster, and the former political detainees (FDs) has since joined the SPLM.

“The SPLM constitution which governs the business of the SPLM Article 10 A, B, D and F says the moment you have decided to form your organization or undermine the activities or the programs of the SPLM, definitely you miss your membership,” said Anai.