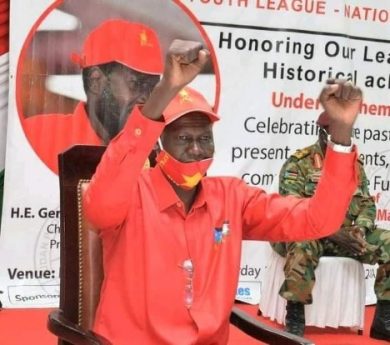 SPLM calls for end to internal disquiet ahead of elections

The Sudan People’s Liberation Movement (SPLM) has called for calm within its rank and file as it seeks to steer clear of internal squabbles for power and positions ahead of the anticipated elections in 2023.

“We want members of the SPLM to be united, what brought the problem was internal wrangle, we do not want internal disagreements within the party, we must be good followers,” said Peter Lam Both, the SPLM interim secretary-general at a rally organized at Zain ground in Gudele on Friday.

The SPLM led by President Salva Kiir is currently reorganizing its structures to prepare to contest the upcoming elections at the end of the transitional period.

“If there is a problem, the members should sit down and resolve the matter amicably, we want peace and we want all problems resolved. We want all party members to be committed,” said Both.

He revealed that the SPLM embraces multiparty democracy, adding that they are organizing structures in 10 states and three administrative areas.

“We stand behind President Salva Kiir for the unity of the SPLM, we liberated the country to embark on service delivery. The SPLM will monitor you in your work and if you are not able to implement the programs of the SPLM then the SPLM will replace you,” Both told party enthusiasts.

The SPLM is currently in a power-sharing unity government with the SPLM-In Opposition led by First Vice President Riek Machar and other opposition parties.