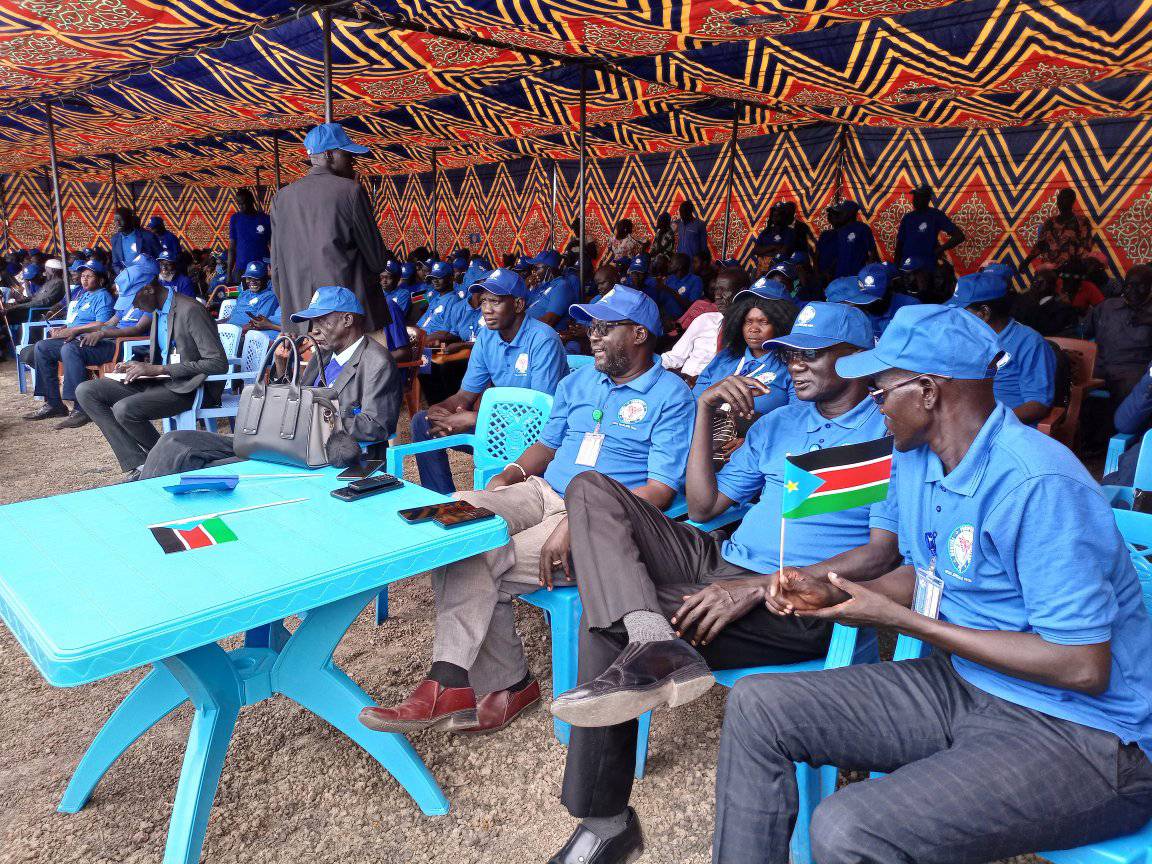 The Sudan People Liberation Movement in Opposition (SPLM-IO) has launched a Secretariat Office in Unity State in a bid to garner support ahead of the 2023 elections.

Tor Tunguar Kueiguong, SPLM-IO Chairman for the Unity State chapter told supporters that the launch is part of the party’s commitment to propagate the message of peace.

Tunguar who also doubles as the Deputy Governor of Unity State said SPLM-IO is fully committed to implementing the revitalized peace agreement with other signatories in letter and spirit.

The Chairman told supporters that the graduation of forces, which has been one of the stickiest concerns in the agreement, will be accomplished now that command structures have been formed.

“The graduation of unified forces will take place as soon as possible and we will have elections after we are done with eight chapters,” he said. “All parties are working hard to make sure that there will be no fighting again in South Sudan,” Tunguar said during the launching ceremony.

“I would like to convey my deepest congratulations to all the SPLM-IO supporters and the people of the Republic of South Sudan for standing firmly on this historical occasion of the first launching of the SPLM-IO secretariat office in Unity State on May 7, 2022,” he added.

The SPLM-IO Chairman credited the state government for maintaining peace and security.

The ceremony was attended by the South Sudan National Agenda representative Peter Dang Beliew. He said parties to the revitalized peace agreement are ready to graduate the unified forces although there are some violations in the southern part of the Unity State particularly in Leer County.

“I assure you, there will be no fighting again. Those violations are not meant to return the country into war, the powers will be given to you, and you will elect your leaders as citizens of South Sudan,” he said.

“South Sudan National Agenda will work in hand with SPLM-IO, SPLM and other opposition parties to implement this peace agreement,” Dang added.