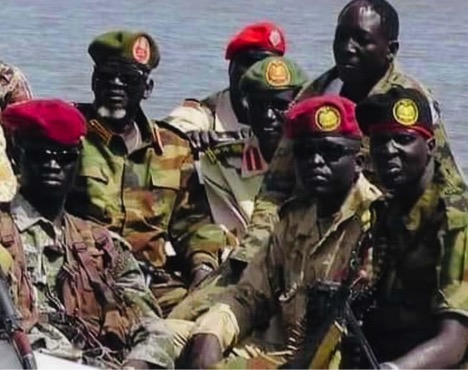 Alfred Gach Thot, the spokesman for SPLM/A-IO kitgwang said that they are not seeking accommodation within the transitional unity government but rather the full implementation of the Khartoum peace deal signed in January with the government.

“The leadership of SPLM/A-IO Kitgwang is aware that everybody in South Sudan is yearning for peace and stability, but the peace that we are looking for is not about positioning ourselves into positions that will drain out the resources which can be used for essential services to our vulnerable people in our society,” said Thot in a statement issued over the weekend.

Thot was responding to an earlier statement made by Angelina Teny, the Minister for Defense and Veterans Affairs who said during the graduation of the first batch of unified forces last week in Malakal in Upper Nile state that the SPLA-IO Kitgwang risks being excluded from the ongoing peace process if their forces are not part of the second phase of unified forces to be graduated.

Teny’s message was aimed to the Gen.Gatwech leader of SPLA-IO Kitgwang and his estranged former deputy Gen. Johnson Olony who is leader of the Agwelek militia an offshoot of SPLA-IO in Upper Nile State.

Thot blamed the ongoing fighting between Agwelek forces and SPLA-IO Kitgwang in Fangak area of Jonglei state and Tunga in Upper Nile on the failure by government to implement the Khartoum peace deal.

“The involvement of government officials in setting SPLM/A-IO kitgwang apart has contributed to the ongoing violence in West Bank of Upper Nile State and northern part of Jonglei State,” said Thot.

Gatwech who once served as chief of staff under Machar accused his then chairman of weakening the former rebel movement by allegedly practicing nepotism.

He also blamed Machar for not doing enough to push President Salva Kiir to speed up implementation of the security arrangements.