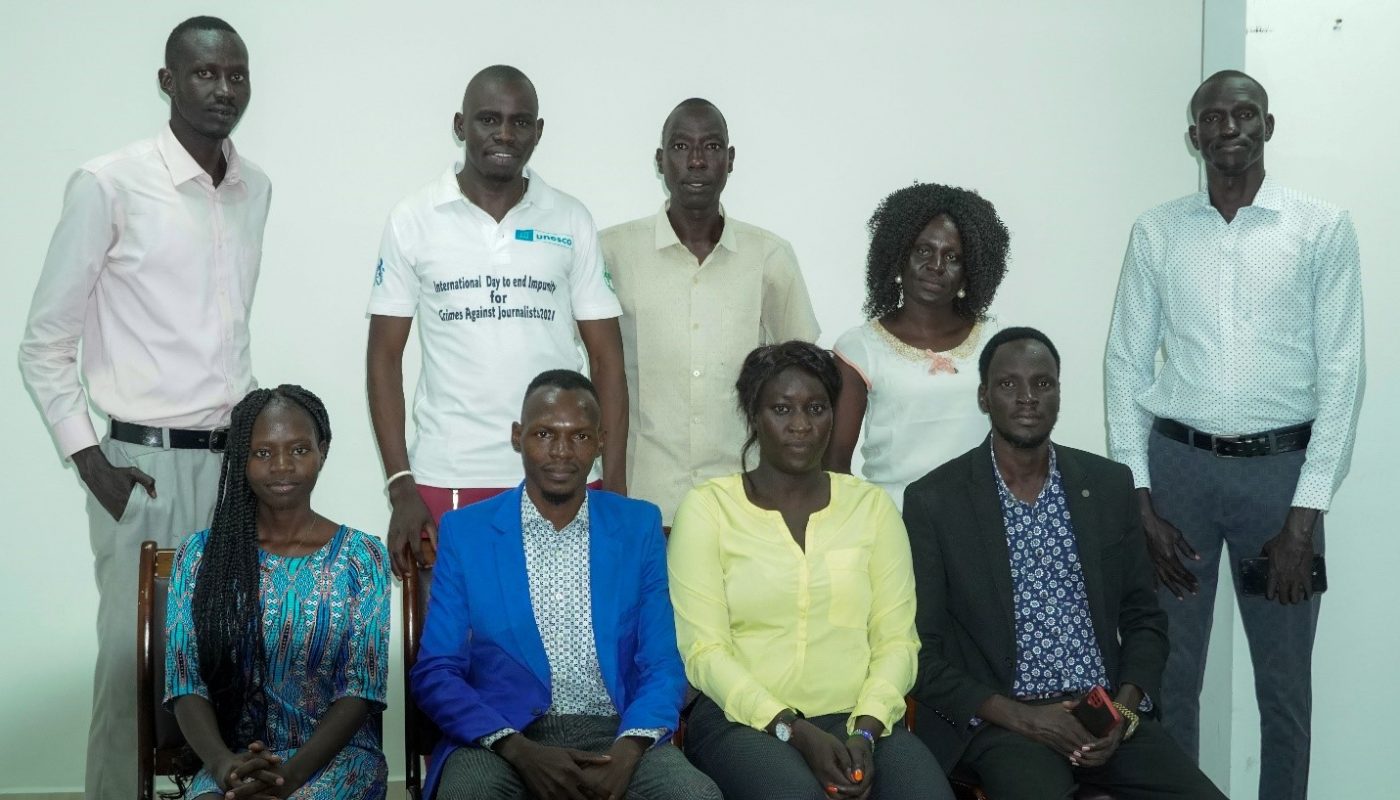 The group believe that there is an acute need for the media to funded and provided with enabling environment to report human rights stories in a bid to propel peace in South Sudan.

“The purpose of the cluster is to review the way media landscape is changing for human Rights defenders in the Country, We are welcoming comments and recommendation on strategies to  safeguard media and give it latitude to promote human rights in the country,” said the officials.

They said that partners can put in funds for capacity building of media clusters and develop media relation which can promote human rights in the country.

One of the journalist participant in this work shop Mr. Majur Chol appealed for the creation of free civic and media space in the country.

“What generate good civic and media space is democratic styles and rule of law in the Country. There should be free space for journalists and activists to operate in the Country”, he said.