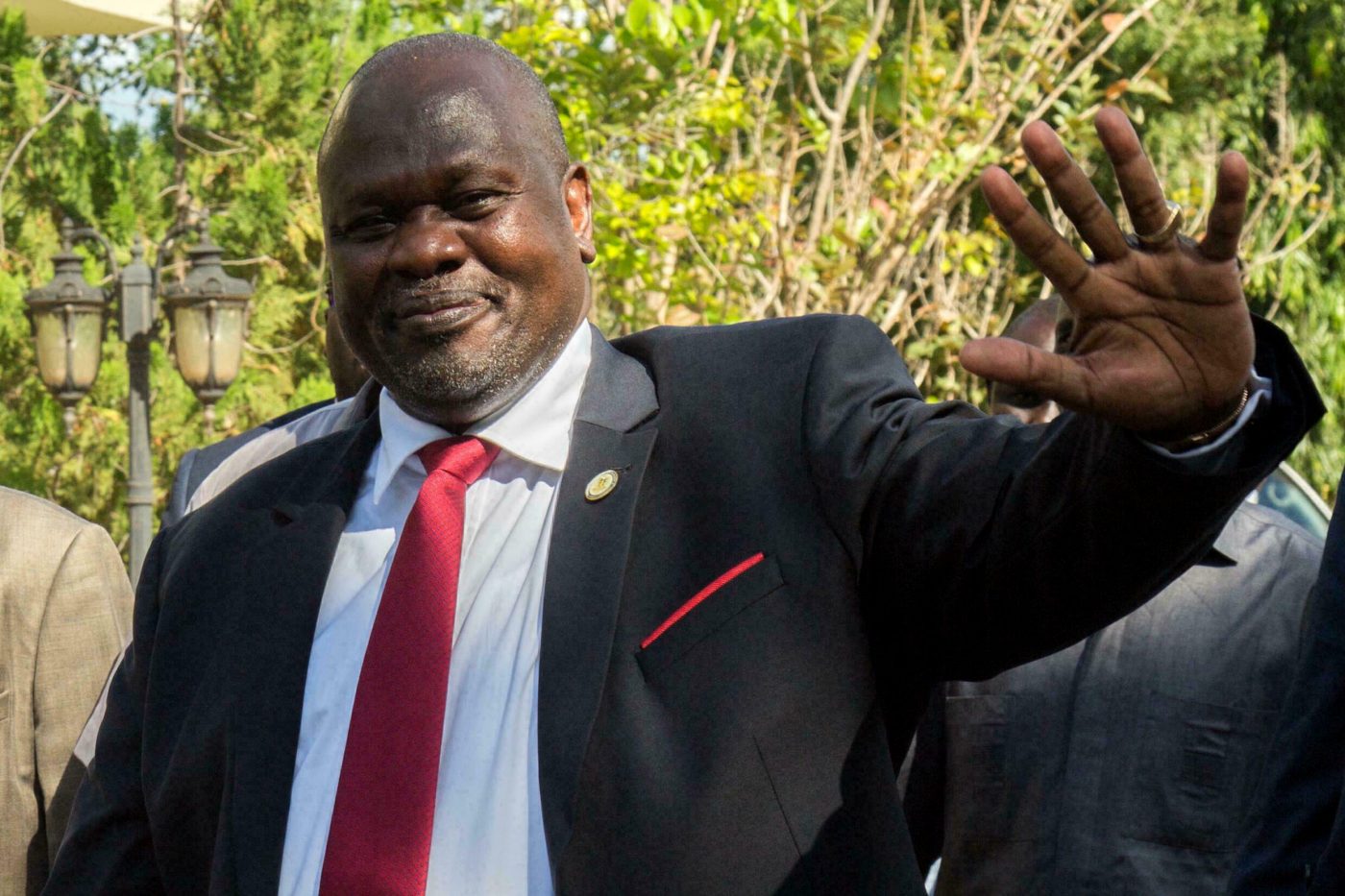 Puok Both Baluang, Acting Press Secretary for Machardismissed recent claims by Elia Lomuro the Minister of Cabinet Affairs alleging they have agreed to share positions on the unified army command.

Lomuro revealed the deal to journalists on Saturday at the end of the cabinet meeting, saying the opposition in the coalition government agreed take 40 percent positions, while Interim Transitional Government of National Unity (ITGoNU) led by President Kiir takes 60 percent positions.

“The Office of the First Vice President of the Republic of South Sudan H.E. Dr. Riek Machar learned with great surprise and concern about the statement of Hon. Dr. Martin Elia Lomuro, Minister of Cabinet Affairs on August 28, 2021 in Juba,” said Baluang in a statement issued in Juba on Monday.

“In this context, we strongly refute this false information and also underscore that the issue remains unresolved,” he added.

Baluang disclosed that the regional body that mediated the 2018 revitalized peace deal Intergovernmental Authority on Development (IGAD) initially proposed 55:45 ratio for both ITGoNU and opposition respectively.

Adding, that this proposal by IGAD for the unified army command has not even been discussed to it’s conclusion by the parties.

Baluang said that in May 2019, at workshop held in Juba by IGAD and the Reconstituted Joint Monitoring Evaluation Commission (RJMEC) which monitors the peace deal determined 50:50 ratio for both ITGoNU and the opposition.

He, however said this was rejected by ITGoNU.

“It is important to recall that the parties had agreed as contained in the summary report of the IGAD/RJMEC joint security mechanism workshop held on 10th – 11th May 2019 at Palm Africa Hotel, Juba that the determined ratios for establishment of the national unified forces be 50 percent for ITGoNU and 50 percent for the opposition,” he disclosed.

The conflict has led to the killings of tens of thousands and displacement of over 2 million people both internally and externally.

The parties signed the 2015 peace deal in Ethiopia that collapsed in the aftermath of renewed fighting in July 2016, leading IGADto renegotiate the 2018 revitalized peace deal.