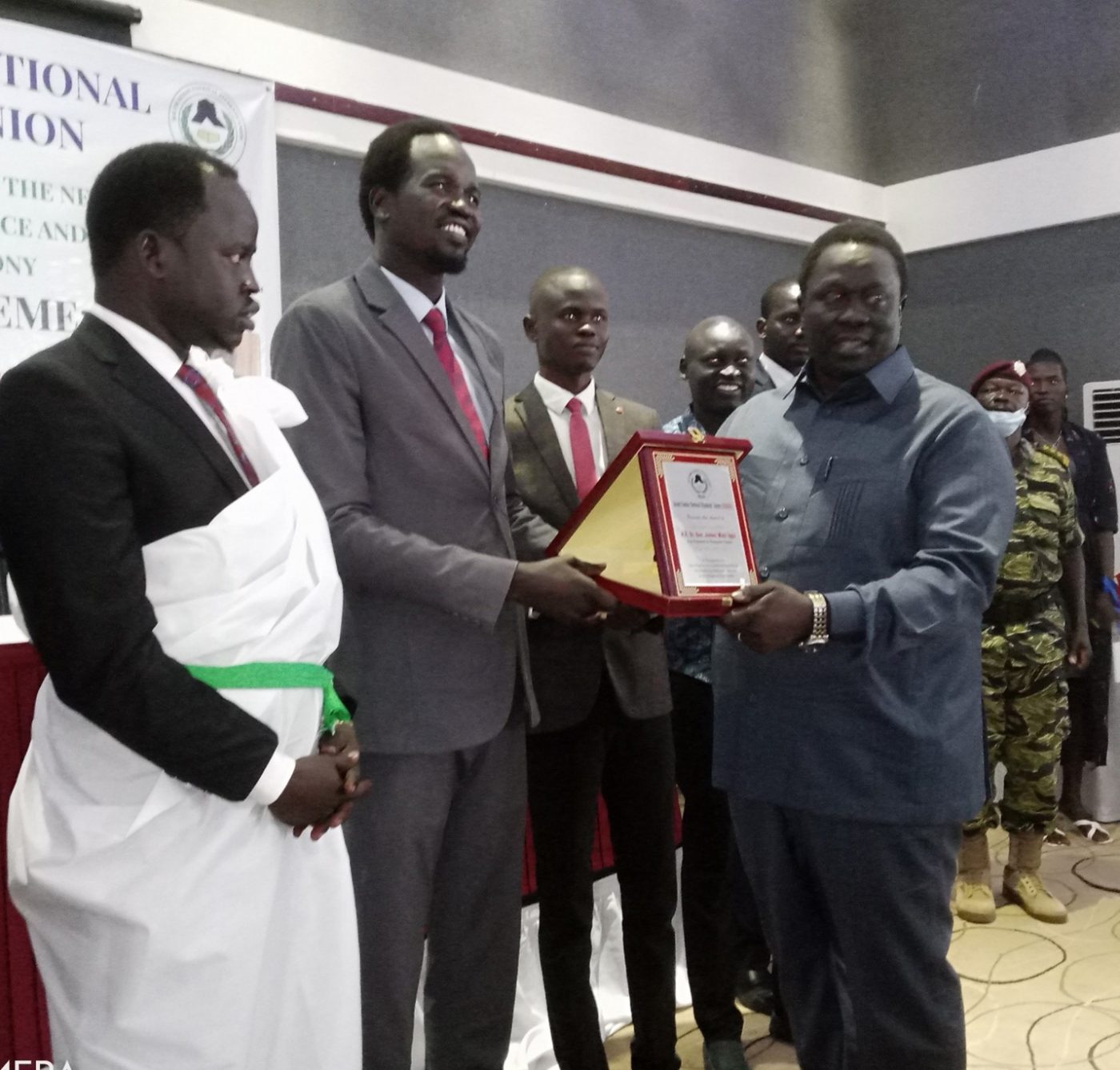 South Sudanese youth have been urged to end violent acts and cattle raiding by the Vice President for Service Cluster.

“As the government we want students to be patriotic, hardworking and innovators in the society, we need you to be ambassadors of peace and peace makers in our community,” said Hussein Abdelbagi Akol.

He said these remarks on Thursday during the inauguration ceremony of the new leadership of the South Sudan National Student Union at Palm Africa Hotel in Juba.

“This country cannot progress or regress depending on how young people handle it, therefore I implore you to reject any call to confuse you to pick up arms against your own brothers or sisters,” said Akol.

Youth in the youngest nation are particularly, engaged in cattle raiding that has pitied communities against each other leading to revenge killings over the years since independence from Sudan in 2011.

Gabriel Changson Chang, the Minister for Higher Education, said they are working on students support fund.

Adding that the fund will cater for their feeding and accommodation at various public universities.

“There is a bill ready to be passed by the cabinet, and also by the national legislative assembly to become law. That law will establish student support fund to cater for all issues that are confronting university students,” said Chang.

Khamis Othow Omot, the Chairperson for South Sudan National Students Union, promised to work together with the ministry of higher education to address challenges facing students.

“We will engage in collaboration with the ministry of higher education to address issues of academic instability, feeding and accommodation within the public universities,” said Omot.

In addition, he said they will also encourage girl child education across the country.

“Our sisters are forced into marriage, we want to make sure that girls reach the level of higher education,” he said.